Diehard Sheffield supporter Kath Owen admits the Eagles winning the 1895 Cup final on Saturday Wembley after the club’s struggles of recent years would be “amazing”.

Owen is one of Sheffield’s most ardent fans and has been following the club home and away for nearly three decades.

The retired grandmother started attending Eagles matches in the early 1990s when the club began playing at Don Valley Stadium.

Sheffield general manager Liam Claffey describes Owen as one of the side’s most passionate supporters.

“She’s been a huge fan for years with her husband John for years, travelled home and away, including in the early days,” Claffey told Everything Rugby League.

“She was key member of the supporters club, used to bang the drum etc. She rarely misses a game home or away.”

Owen got interested in rugby league after her son was exposed to the sport while at school.

“I had no interest in any sport at all apart from figure skating,” she explained.

“Then my son at junior school, Mark and Daryl used to go into the schools to coach the kids. And he started to play in the half-time games.

“Then they moved into Don Valley and I said I might go and see what it’s all about, I’d never been to the stadium with it being new. So I went and I was just hooked from the very first game.

“I thought it was the most exciting game I’d ever seen. I can’t remember which one it was, but it was end to end. I think there was an interception try, everybody was up cheering and I thought wow, this is for me.

“From then I just worked in the club shop, I went to all the away matches, I did face-painting, I did the drum. I just got really into it from there.”

Owen has seen more than 650 Eagles games over the years, and attends with her husband John and sometimes with her grandsons.

“My husband goes, my son doesn’t, but my two grandsons do,” she said.

“They’ve started to come, they’re six and nine. I don’t know how many Eagles games I’ve seen. I only ever miss holidays, so I miss two a year, and I didn’t get to Canada because I couldn’t afford it.

“I didn’t go to Toulouse this year, we went last year. [But] we’ve done everything – Cumbria, London.”

Owen was there at Wembley in 1998 when Sheffield secured the biggest upset in Challenge Cup history.

On that famous day the Eagles defeated Wigan in arguably the most memorable Cup final of all-time.

“I led everyone on Wembley Way with the drum,” Owen said.

“Every supporter that wasn’t a Wigan supporter followed me up Wembley Way. It was amazing, I’ll never forget it.

“We were walking around at halftime saying oh my god we could win this. But Wigan were always a good team and could come from behind, but it was just amazing.”

Twenty-one years after that history-making day, the Eagles are back at Wembley. They booked their place in the first-ever 1895 Cup final after downing Batley in the semi-finals.

“It’s one of those things where you hope they well, but you never know with the Eagles which team is going to turn up. You hope, but it doesn’t always turn out that way.

“It wouldn’t be the Eagles if there wasn’t drama.”

The Eagles and their fans have been put through the ringer since 2013 when Don Valley Stadium was torn down. The club has played matches in stadia at Owlerton and Bawtry Road, and was forced out of the city for several seasons to play games in Doncaster and Wakefied.

In 2016 the club almost went bust, but has fought back and last year returned to the city to the Olympic Legacy Park.

“Then there was 2016 where we it looked like we weren’t going to exist anymore. Me and my friend we cried, it was awful.

“Without Tubby and the sponsors and the directors we just couldn’t of existed. They’ve gone above and beyond, and Tubby – he could have gone anywhere. But he hasn’t, he’s stayed loyal and the fans love him for that.

“And when you think about it none of it is our fault. We didn’t pull Don Valley down. Nobody let us play, the football clubs wouldn’t let us play on their grounds and we just had to play where we could.” 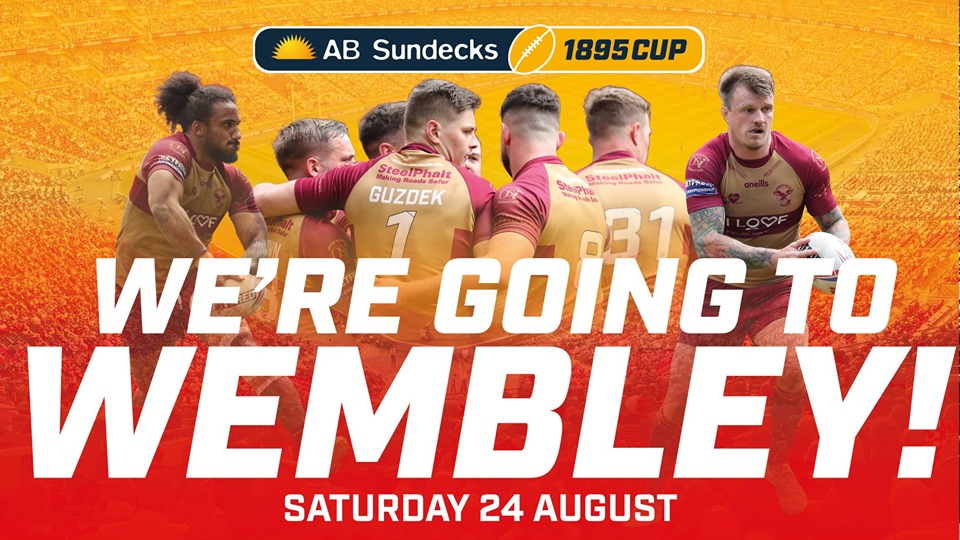 Owen believes a victory for Sheffield over Widnes at Wembley would be some reward after the rollercoaster past six years.

“Well after what we’ve been through since they knocked Don Valley down, it would just be amazing,” she said.

“I just hope that the city get behind them. We struggle with the two football teams and the ice hockey team, we’ve always been the team at the end of the queue.

“But it would just be wonderful. If anyone can get them up for it than Tubby and Keith can. We’ll see. We think we’ll win.”