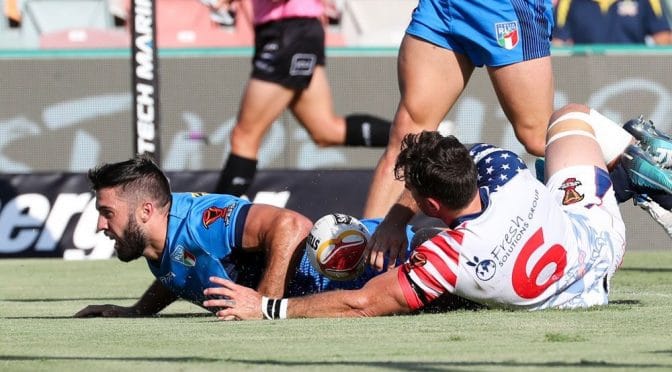 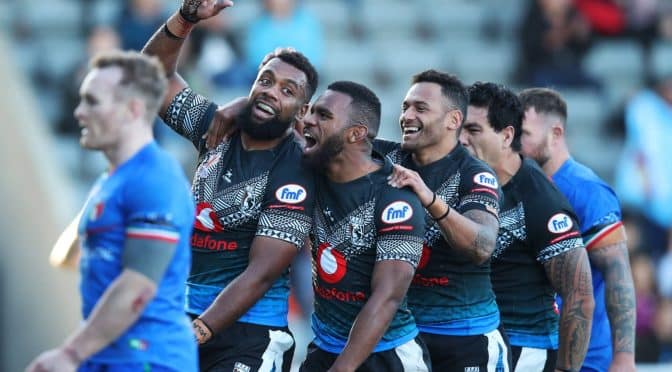 Fiji too strong for Italy at World Cup 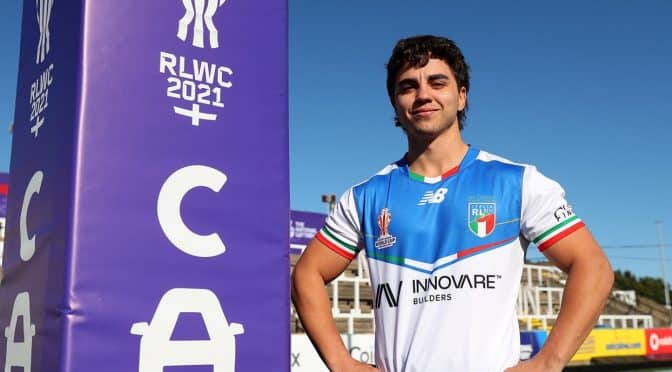 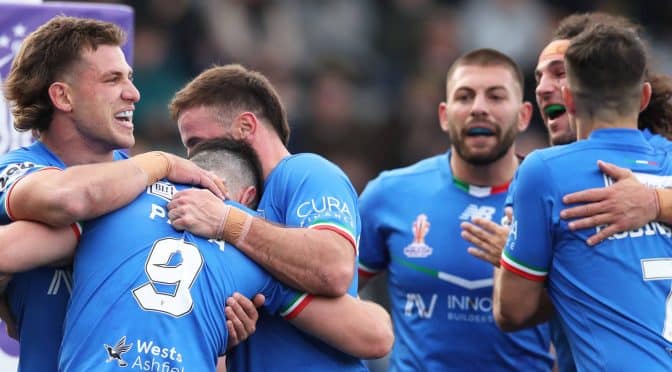 Italy strive for improvement against Fiji 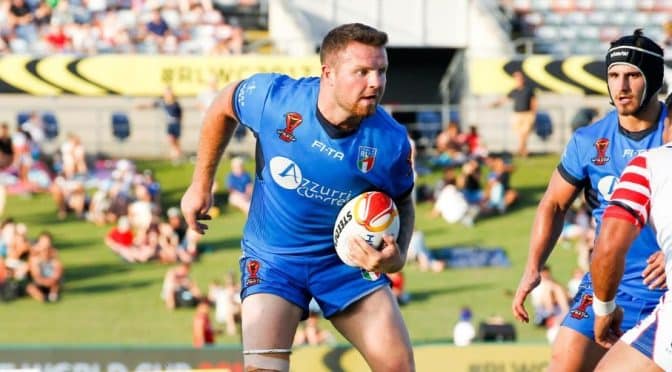 Brown to lead way for Italy at World Cup

After being recalled from the wilderness to play in the NRL grand final for Parramatta, Nathan… 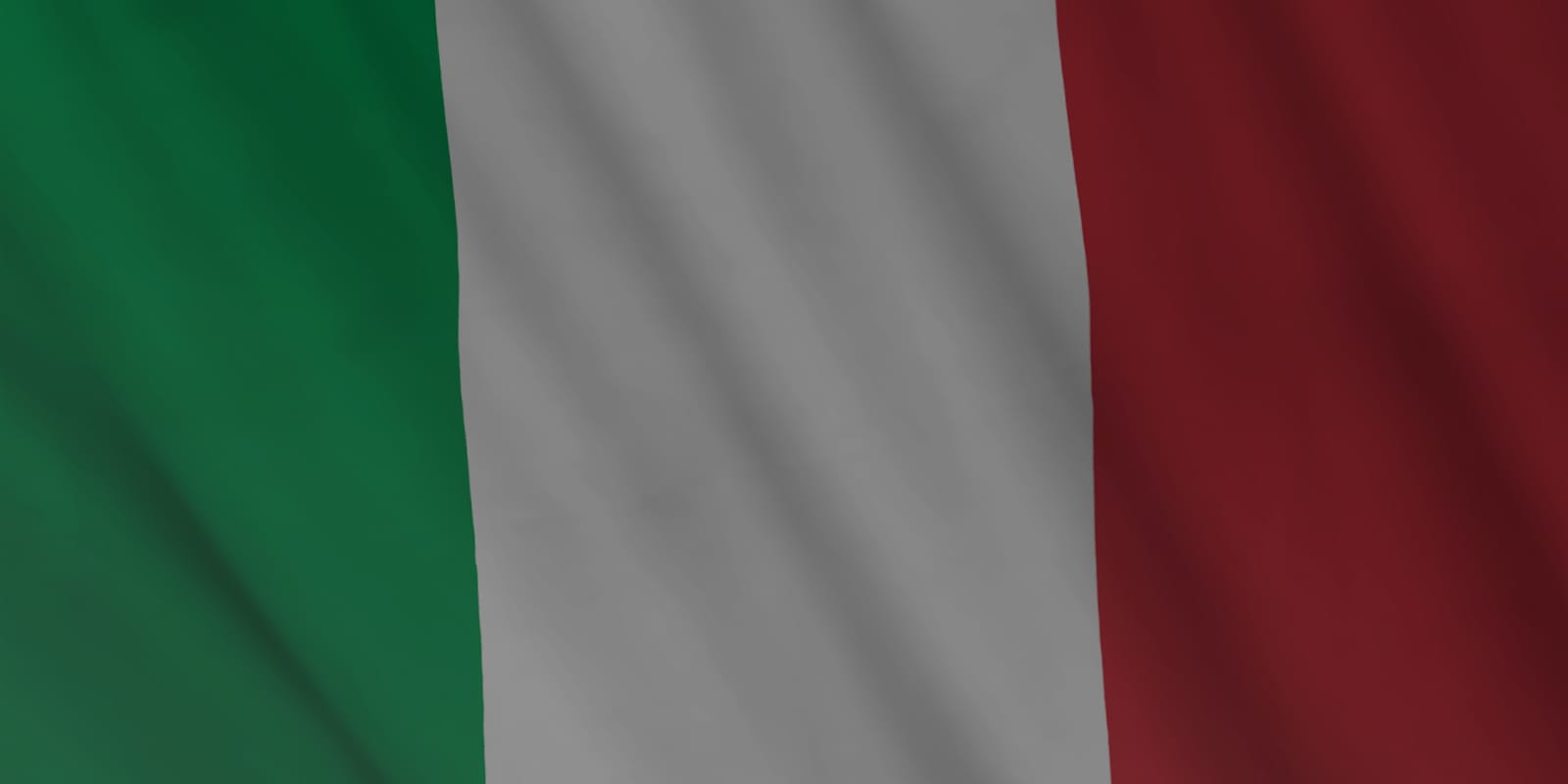 With origins traced back to the 1950s, Italian Rugby League is far from a modern creation. In fact, Italy’s first game came at Central Park, Wigan in 1950 as the Italians toured England. A 49-28 loss followed, but history had been made. Italy played their first international game a year later with a 29-17 loss to France.

Despite two games being played against Australia in the 1960s, the Rugby Union authorities banned those that had played League to play for Union, effectively killing the game off.

as runners-up in the 2000 Emerging Nations World Championship.

Italian Rugby League has gone from strength-to-strength and success in the 2008 and 2009 European Championship B and so were given a place in the 2009 European Cup. Though the Azzurri were handed a record 104-0 defeat by Scotland, Italy did manage a 42-14 triumph over Serbia.

Italy’s stock has continued to rise with two World Cup appearances in 2013 and 2017 as well as qualification for the 2021 tournament.