A worrying amount of severe injuries creeping into Rugby League

Rugby League has changed dramatically since the creation of Super League in 1996. Those who take to the field have evolved; the rotund forwards and skinny outside backs of yesteryear have, for the most part, transformed into athletes playing a fast-paced, high-collision game. The switch from winter to summer helped modernise the game and with it came a new era of tackling technique – the so-called ‘wrestle’. Yet, this, along with the transformation of physical characteristics and increase of games, has also brought with it an increase in long-term injuries.

Before the season even begun, both Luke Gale and Kevin Brown were ruled out for the whole of 2019 with a ruptured Achilles tendon. Both stars suffered the injury in training, which begs the question, just what are they doing in training for this to happen?

Wingers Tom Johnstone and Ryan Hall as well as Kallum Watkins, Danny Addy and Ben Currie are just some of the Super League stars that have done their anterior cruciate ligament (ACL) in recent years whilst Hull KR’s Shaun Lunt is just one of many to have damaged his medial collateral ligament (MCL) and spent time on the sidelines. Such injuries are becoming much more common, but why is this?

It’s no secret that players are unhappy with the length of a typical season. Pre-season typically begins around December time with the actual season starting in February – or in 2019, January – and ending, for successful sides, in October. That leaves November the only month that some players have away from the game. In contrast, the football season begins in August and ends in May the following year. For the intensity that is required in Rugby League, just one full month to clear heads and recharge batteries is not enough in some cases.

Do Rugby League players need to play as many games some are asking? Well, Super League sides will play 29 games in 2019 – which includes the loop fixtures planned for the end of the regular season. For some, there will be at least one Challenge Cup fixture to take part in, taking the minimum number of games to 30. If a side finishes in the top five, they will have at least one more match too. Warrington – a side that made both the Challenge Cup Final and the Grand Final in 2018 – played 36 games last season.

This is tempting fate regarding injuries, and it wouldn’t be surprising if Kevin Brown’s season-ending injury can be traced back to the saturation of games the Wolves had in 2018. 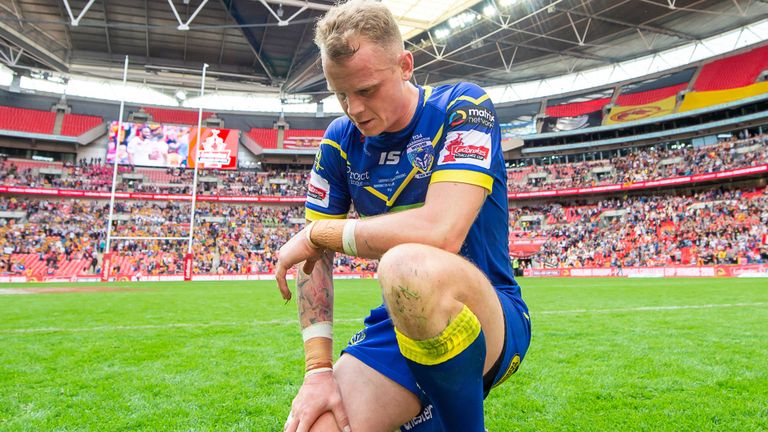 Creeping into the game ever more so are dangerous tackles. Most come in the form of a cannonball or crusher tackle – the former attacks the legs of a stationary player who is being held upright by the tackler’s teammates and the latter applies pressure to a player’s head, effectively crushing his head down towards his torso.

Hull FC’s Scott Taylor received a three-match ban for two dangerous tackle charges after causing a stir in round two at home to Castleford. First, Mitch Clark sustained an MCL injury from a three-man tackle, one of whom included Taylor. Then, the FC prop was seen twisting Paul McShane’s leg which left the no.9 in a world of pain. Clark is subsequently out for 8-10 weeks. The RFL are clamping down on such incidents with bans, but such ‘tackles’ are both often intentional and a disgrace and need stamping out for good.

Minister for Sport, Tourism and Heritage Nigel Huddleston MP not only witnessed the…

Bedford is a historic market and the county town of Bedfordshire, Northwest of…