Americas in a state of flux

It was partway through the USA’s 62-0 defeat of Americas Cup debutants Chile last week that a relative of Hawks powerhouse Bureta Faraimo decided to jump online and aim some spiteful barbs at the performance of the tournament newcomers.

Perhaps they had forgotten the USA’s previous appearance, when Uncle Sam’s men were beaten 64-0 by PNG.

It’s worth hazarding a guess that Faraimo himself had not erased that memory completely, and would be cringing at the tactless commentary.

Nor would Canada have forgotten when they lost 68-0 to the USA in one of their earliest matches.

Jamaica’s Chiefs only had to cast their minds back two seasons to when they were towelled up 54-4 by the USA.

And yet, here we are, with the Jamaicans the first team from the Americas to qualify for the 2021 Rugby League World Cup.

The Americas are in such a state of flux right now that it makes it one of the most entertaining regions to follow.

It’s also a great reminder how much things can change in just a few short years.

Cast your minds back three or four seasons and Canada had won three straight games against the USA, collected silverware at the Cabramatta International Nines and were on the cusp of the Toronto Wolfpack’s arrival.

The whispers were growing that the Wolverines would be the region’s next dominant powerhouse.

At last week’s event, they finished third and out of the running.

The unpredictable nature of games in that part of the world is something the Rugby League International Federation would love to replicate elsewhere.

And while, yes, there were a few cricket scores against Chile, they weren’t too dissimilar to European matches where Greece beat Malta 60-4 and France thumped Wales 54-18 (with Wales then progressing to the World Cup anyhow).

There are several stern truths to Chile’s fortunes:

They were the last team admitted to the playoffs, given just 6 months to prepare, no mean feat when you are a developing nation with limited funding and playing numbers.

They will undoubtedly be better for the experience and attract new players and sponsors who will strengthen them in the future.

There is absolutely no guarantee that Chile will even be the strongest team from Latin America by the time the next World Cup qualifiers roll around.

Indeed, in regard to the final point, this weekend will see Brasil host Argentina and Colombia in a Tri Nations event in Sao Paulo. 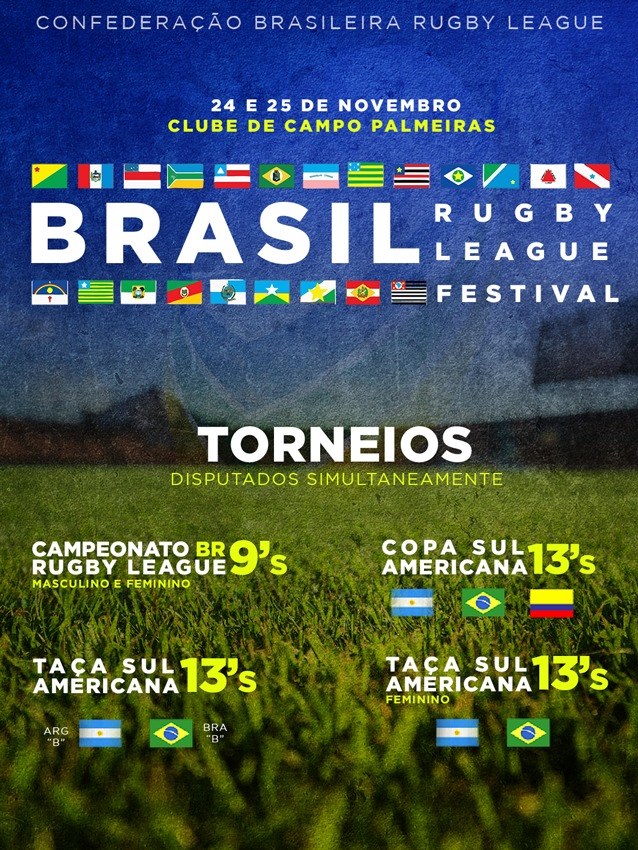 All three countries are expecting to improve upon what was fielded in 2017, closing the gap behind Chile.

Elsewhere, El Salvador is coming off two big wins in succession and is eyeing potential fixtures against Puerto Rico and Mexico that you’d wager they will also win.

Peru has a goal of playing its first full international in the next 12 months, while Uruguay has started to gain momentum domestically after heritage players initially shone the way for them.

All nations are at such a formative stage that an influx of half-a-dozen top-line players could be the difference between them being ranked in the top 20 nations or closer to 50th.

The RLIF has made some interesting noises regarding the Americas recently, namely:

A commitment to annual funding for the Americas Championship, beginning in 2019;

Two places potentially open to the Americas for the 2021 Women’s World Cup;

Continued discussion that sees the formation and recognition of an Americas Federation as a logical step forward in the game. This would provide independence from the European and Asia-Pacific federations.

Both Brasil and Argentina are eyeing off the places available at the Women’s World Cup, with Brasil naming a recent squad that includes several Olympians.

Undoubtedly though, Canada’s Ravens will have something to say about that after being the sole Americas representative at last year’s event.

There are probably another 5 countries who will have ambitions to throw their hats in the ring, but whether they can rally squads and applications before the due date will be a test.

Whichever way the cookie crumbles, added interest and competition can only be a good thing.

In the men’s draw, the USA still has another chance to sneak into the 2021 tournament, via a repechage system that was originally meant to pit them against a team from the Africa/Middle East region and then against the 7th-highest placed team in the Pacific.

However, this week a diagrammatic chart was distributed that omitted the Africa/Middle East qualifier, throwing further intrigue over the matter.