The early rounds of the Betfred Challenge Cup are dominated by amateur clubs and individuals with full time careers away from rugby league. The stories behind the players are often just as fascinating as on field achievements.

Royal Navy Captain Ben ‘Buck’ Taylor aka ‘Yorkshire Prose’ captured our attention at Everything Rugby League on a number of levels.

Taylor is a serving petty officer in the Royal Navy who has led the rugby league team to their best ever Challenge Cup campaign, reaching the 4th Round of the prestigious competition. The previous 3rd round best result occurred back in 2010.

This is a world of flat caps, moors, whippets and of course rugby league. Taylor’s beloved Super League team Wakefield Trinity was one of the original twenty-two clubs that formed the Northern Rugby Football Union in 1895, down the road at the George Hotel in Huddersfield.

Stuart McLennan at Everything Rugby League took Ben away from his very busy schedule to pose a few questions.

Stuart McLennan: How did the dialect poetry come about Ben?

Ben Taylor: “It sort of happened accidentally, I wrote something just messing about, shared with some pals, they shared it and it just took off from there. I’ve never really set any goals with it. It’s something I enjoy doing so I’ve been careful to try not to turn it into work. A lot of folk don’t realise that it’s not my job and I obviously work full time in the Royal Navy.

“With the operational tempo as it is these days, that obviously keeps me very busy. That being said, I’d love to do a book one day.”

SM: Tell me about your love for rugby league and being a player?

BT: “I’ve played and watched all my life, it’s given me so many opportunities throughout my life, playing for Great Britain Armed Forces vs Australia in a curtain raiser to State of Origin 3 at Suncorp Stadium, marching out with the Challenge Cup and Super League trophy at Wembley and Old Trafford, performing a remembrance poem in front of 40000 at Anfield, and many more.

“Rugby League, and the people within it, has also probably been one of the things that’s sculpted me as a man. My mum and dad , Uncle Pete, taking me to games as a young lad, my coaches and blokes I’ve played alongside. I’ve learned things from all of them and rugby league has been the backdrop for a lot of it.”

SM: How does it feel to be the captain of the Navy team going into the 4th Round and a record Challenge Cup appearance?

BT: “I’ve been RNRL Captain for around 5 years now, along with leading the team to a 3-0 series victory over Australia, this will be my proudest moment.

“The Challenge Cup has been a massive part of my life, I still travel down to Wembley every year with around 30/40 folk from Stanley (one of the fellas hasn’t missed one for 43 years, except during COVID). As a lad I remember watching ‘Abide With Me’ with my grandad and knowing it was a special competition. The magnitude of it isn’t lost on the squad.” 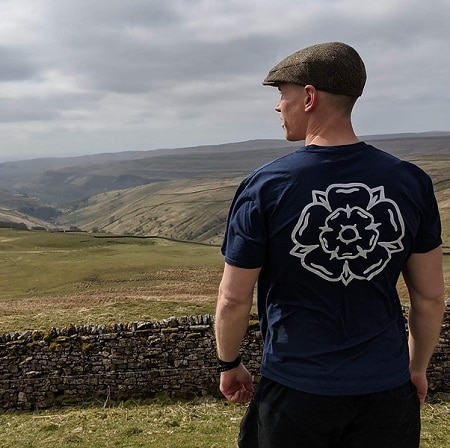 SM: What is it about the Navy team that makes you successful?

BT: “As a squad, we’ve only been together since Round One in January. The nature of Forces sport means there’s a turnover of personnel, folk joining and leaving the Service and those deployed. The timing of the Challenge Cup has just fallen right for us this year, a good number of the team were deployed for seven months with the Carrier Strike Group in 2021. They’ve come back in great shape. Then we’ve a good balance of established Royal Navy players and new joiners.

“In Round 1 about half the team were debutants, a really talented bunch and they grasped what we’re about as a squad really quickly. They’ve come in with no respect for reputations and really injected some energy into the association. At the same time, some of the lads who were perhaps fringe players pre-Covid have stepped up and made the jersey their own. Our pack, and front row in particular, have been huge so far.”

SM: What are your hopes for the match against Batley Bulldogs on 27 February?

BT: “Batley actually have their name on the Challenge Cup, and they’re going well in their season so far. So we’re under no illusion how tough it’s going to be. As individuals, we have the quality within the squad to give them a real hard day at the office.

“The difference often comes in training and playing together week in, week out. We tend to get together as a squad and have a couple of days training prior to a match, and as I said before, this team has only been together since Round 1. But if we gel together on the day and keep errors to a minimum, I’ve every faith we’re worthy of producing a famous upset!”