This year’s women’s Rugby League World Cup will be a historic event that sees the tournament expanded to eight sides from four different continents which features a debuting nation that is ready to make their mark on the biggest stage.

Brazil will be represented in a Rugby League World Cup for the first time as the Brasil women’s national team takes part in our game’s most prestigious competition and you won’t find too many people that are more excited about this than author and Brasil Rugby League manager Robert Burgin who has recently spoken about the achievement.

“Qualifying for the World Cup came as a surprise from me, but not for Hugo Froes our Chief Operating Officer,” Burgin told Everything Rugby League.

“He was very diligent in all the processes regarding the application and Brasil’s governance in general.

“We had 8 women’s 13-aside teams last year and that challenges a lot of other competing nations.

“That’s the Latin American ‘at all costs’ attitude that made me fall in love with the place, and while I may have held some apprehension others did not and it’s a credit to them they submitted a superior application before the required deadlines.

“I’m glad it will become a 16-team tournament in 2025 and some of the nations that missed out this year get to have a crack.” 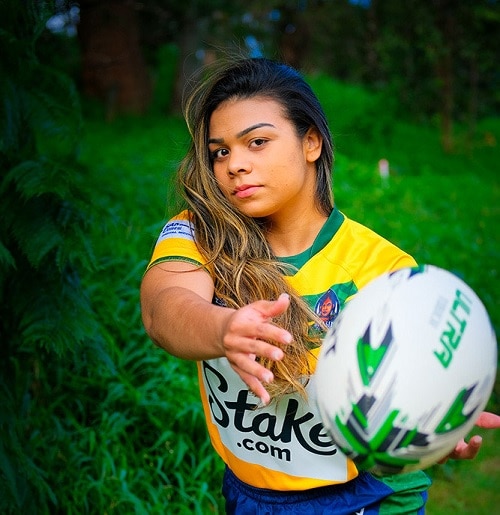 Just being a part of the World Cup is already a huge accomplishment for the Brasil women’s national team but Burgin has also revealed that there are added expectations for the team to go deep into the tournament.

“Our expectation is to meet Australia or New Zealand in a semi-final, which would put a lot of eyeballs on us and show us where the gold standard currently sits,” stated Burgin.

“Naturally, positive promotion, Increasing registrations, rewarding volunteers and sponsors with competitive, attractive Rugby League is right up there as motivations too.”

Brazil’s future in the women’s game is looking strong as well with the nation having already pre-qualifies for the 2025 women’s Rugby League World Cup in France with the plan being to continue developing talent and growing Brasil’s presence within International Rugby League in the build-up to that tournament.

“Improving development systems for all people involved in the sport, whether on or off the park is our focus,” revealed Burgin.

“We’re keeping a keen eye on youth and players with the X-Factor who get overlooked in other sports.”

Brasil will be competing in Group A at the World Cup alongside hosts England, Canada and Papua New Guinea.