There is yet another bumper Our League schedule for August including the inaugural AB Sundecks 1895 Cup Final, two Betfred Championship fixtures and another England Youth showing!

Widnes Vikings will get the stacked schedule underway on Saturday 10th August as they welcome the visit of promotion-chasing Toulouse Olympique.

And, it’s a double-header on Sunday 11th August as Bradford Bulls face St Helens in the Women’s Super League with both teams gunning for the Grand Final before Championship play-off hopefuls Leigh Centurions travel to Rochdale Hornets from 3pm.

Sheffield Eagles and Widnes Vikings will battle it out in the first-ever AB Sundecks 1895 Cup Final following the Coral Challenge Cup Final and you can see which team will be crowned champions from 5:30pm on Our League.

August will close with international action as England Youth – fresh off their two-game series victory over France – will face Wales Youth on Saturday 31st August.

To watch any of these games LIVE, sign-up to Our League now! 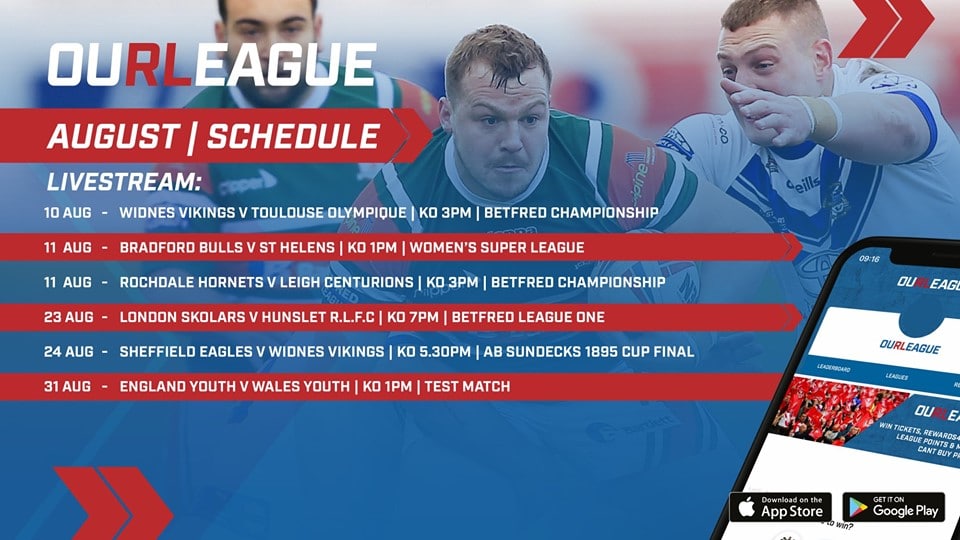