Colour me Blue: Flocas to debut for Greece

Greece forward Nic Flocas is not your bog standard rugby league player. He was born and bred in AFL mad Melbourne and away from the cauldron of the footy field he likes to relax by colouring in pictures.

The 23 year old who moved to Queensland in recent years to further his rugby league career, now playing with the Ipswich Jets, will make his international debut for Greece against France at Doncaster in the World Cup on Monday night.

“I always played competitive sports and I was a bigger, chunky kid,” Flocas revealed to Everything Rugby League.

“I grew up in Clayton and knew there was a rugby league club there. I continued to play rugby league, AFL basketball, athletics and stuff. We got to the point where my mum said, look Nick, it will happen so that you won’t get to choose a sport, the sport will choose you.”

Flocas found so much success he is Victoria’s most capped junior player after representing his state from the age of 12. 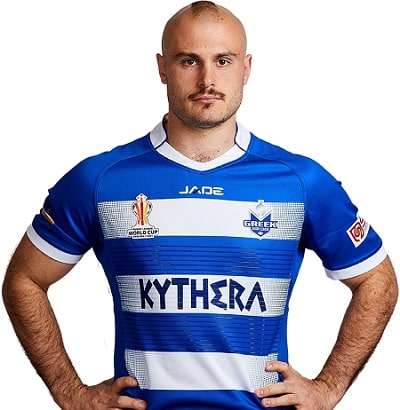 A Greek rugby league team ritual is for newcomers to either perform a dance or sing a song at the end of a nominated training session. Flocas gave a rousing rendition of the Victorian Thunderbolts team song after Greece’s Captain’s run at Doncaster.

That song would have been greatly appreciated by his fellow Victorian, former coach and now roommate Terry Constantinou who has played for Greece for a number of years and will line up in the centres against France on Monday night.

“It’s made it easier having Terry as a roommate. We definitely didn’t have the same dialogue when we were a player and coach.

So that’s the Melbourne bit sorted but what about the colouring in pictures which Flocas has been engaging for the past 12 months?

“Colouring in, meditating and reading sort of stemmed from an interest in emotional intelligence, trying to understand who I am and what works for me.

“I read a book called The Neuroscience of Mindfulness. The author Stan Rodski harped on about colouring and I’ve loved it ever since. At first people have to warm up to it, but I put it out as we were going to Athens and some of the boys were jumping into it.” 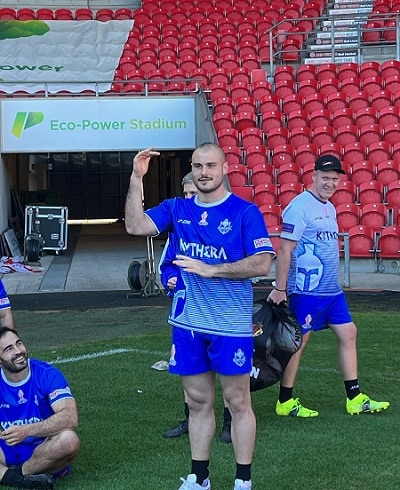 The short camp in Athens for the Greek squad before they moved base to Sheffield had a significant effect on Flocas whose grandfather came to Australia from the island of Ithaca.

“It was fantastic to see the Greek domestic players within their own culture and sort of running the show. Just their dialogue and the way that they get on with each other. And then the way they incorporate us Aussie Greeks into it, I really felt a part of it. And that was my first time in Greece. My dad talks about Greece all the time and speaks fluently in Greek.”

Flocas will get to add some more colour to his rugby league career when he makes his international debut at Doncaster on Monday night. As you might expect from such a deep thinker Nic is looking to history when thinking through the match.

“Well the stage is set. And definitely it’s exciting to think about. But one thing I need to do is pay my respects to those who have done it before me, and I’m not owed anything, you know, I just want to be able to go out there and do those boys proud, because that’s the reason why we’re here today. That’s honestly all I want to focus on is doing those boys proud. Because I wouldn’t be able to get this opportunity without those boys. And I feel pretty indebted to them.”

Greece will play their first ever World Cup match vs France on Monday 17 October 7:30pm at Doncaster.