As the business end of the season nears in Super League, much of the excitement in the competition is being generated by events at the foot of the table.

The battle to avoid the drop is very tight, and although it now looks to be a fight between Hull Kingston Rovers, Huddersfield Giants and London Broncos to avoid the drop, almost half of Super League has been under threat at some stage of the season.

With three games remaining, Leeds Rhinos and Wakefield Trinity are not quite out of danger yet, either.

So there is plenty of uncertainty and excitement for followers of the sport to revel in, though fans of relegation-threatened clubs might not be enjoying things too much.

But the question remains as to whether our sport is actually big enough and rich enough to potentially keep our biggest clubs out of our premier club competition.

Whoever goes down this season would be a loss to Super League in one way or another.

If London do end up getting the rough end of the stick, it seems absurd to keep our capital city’s biggest club out of the top tier.

Huddersfield Giants play in the town where rugby league was founded, and, despite their poor crowds, their presence in the top tier is still valued.

Hull Kingston Rovers are from a city where rugby league occupies a prominent cultural role, and play in the only true big city derby in UK rugby league.

They also have a large travelling following, something which certain sections of the rugby league community seem to prize above all else.

It was Rovers coach Tony Smith who expressed concerns about the current system of relegation last week.

Significantly perhaps, his words came before his team were well beaten by potential relegation rivals Wakefield Trinity at KCOM Craven Park on Sunday.

“I think it’s contentious. There’s a lot to lose for some team this year and for it not to be clear cut the way it’s been done, will leave a bitter taste in somebody’s mouth,” he told the Hull Daily Mail.

“I’m not a fan of promotion and relegation but I certainly think this system is better than the last, which was bonkers. This is better-ish.

“I’m a licensing person – play by the rules and have the best candidates in the top flight. When I say best candidates I mean all round, to be financially stable and have a good business. They need to be in.

“What I’m suggesting is in years gone by there have been certain rules and regulations about fielding certain quality of teams.

“We’ve just left ourselves open as a sport now that anyone weak, anybody can decide to put out any kind of team they want for their own reasons.

“We’ve got no regulation over that anymore and whilst I’d be tempted to do it myself at certain stages (sic).

Smith is probably up to some psychological tricks here – he is a canny operator when it comes to the media, and has a way of saying what he wants to say whatever the question he has been asked.

But his point that relegation allows for the manipulation of the competition with weakened selections in certain games is probably valid. 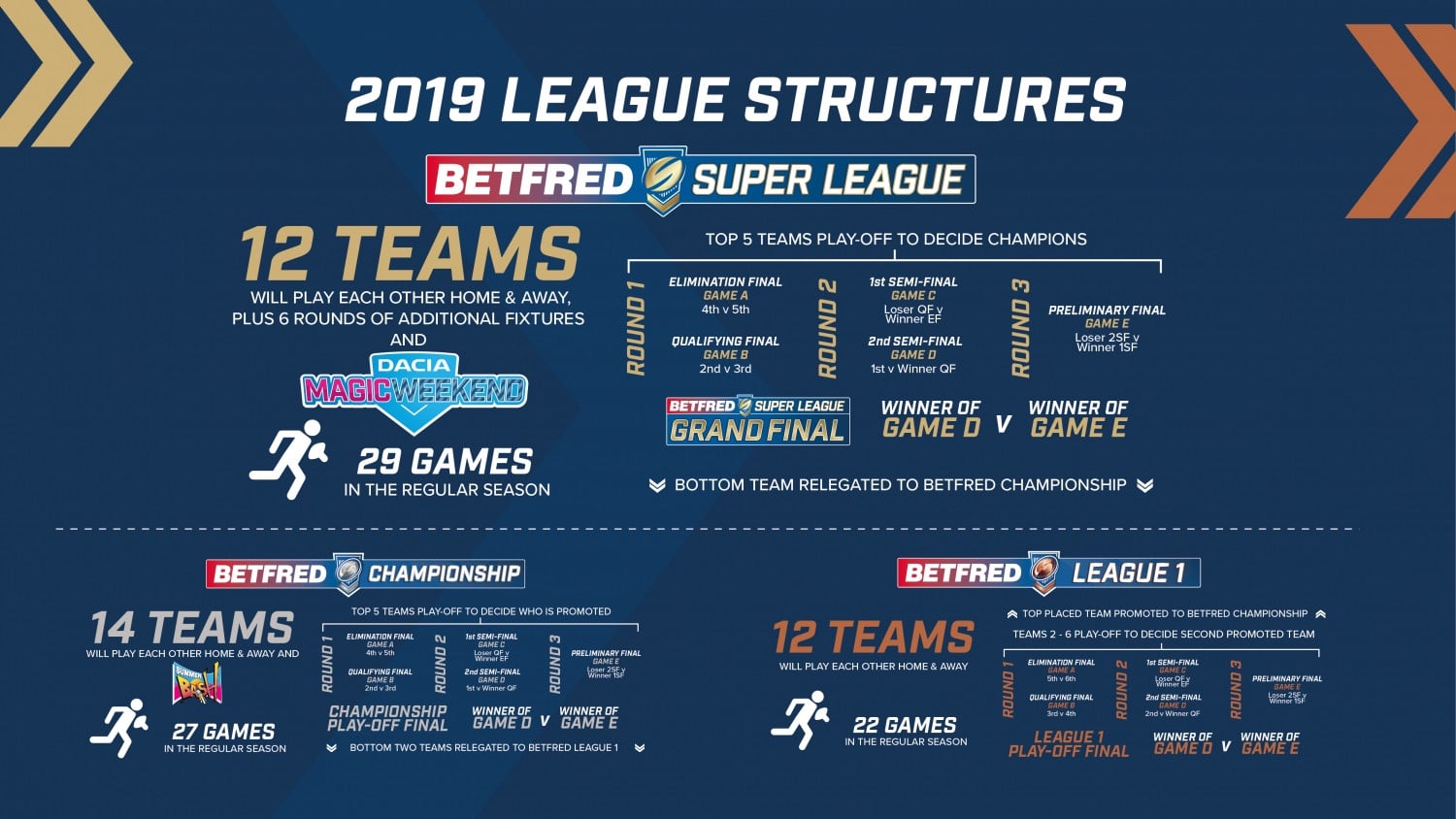 There is an aversion in British sport to ‘closed shops’, but can Super League really afford to keep financially viable, strong clubs out of the competition by using relegation?

The answer is probably not, and certainly not if the long-term health of the sport is to be improved.

But the process of changing structures has been poorly handled in recent seasons, and rugby league as a sport in the UK chops and changes far too often.

If rugby league is to be a viable spectator sport in a future where the competition for audience attention is set to become fiercer than ever in our networked world, it needs to find a way to keep its strongest clubs in its top tier.

One senses that there are yet more debates and experiments to come before we manage to find something that works.