The draw for the 2022 Middle East Africa Championships has taken place at Salford Red Devils, who are partners with hosts Ghana.

The tournament will run from September 27 to October 3 at the University of Ghana Sports Grounds, Accra. The initial pairings – which will see Morocco take on Ghana and Cameroon face holders Nigeria in the opening games – were pulled out by Salford director Paul Trainor and City of Salford councillor Nathaniel Tetteh, assisted by Salford director Paul King.

Those initial matches will be played on September 28, with the two winners meeting on October 1 to decide the title, whilst the two losers will play off for third place, and be eliminated from qualifying for the 2025 Rugby League World Cup. This will be the third MEA Championship held, Lebanon the inaugural winners in 2015.

Ghana men’s head coach, Andy Gilvary, commented: “Morocco are the only nation we haven’t faced yet. I know they’ll be very talented, especially if they bring over their French-based players, and it’ll be a good challenge. We’re confident on home soil and the boys have been working hard since 2019, we’ve been in camps for the last six months and faced a President’s XIII and improved rapidly. We’ll give ourselves a good shot.”

“It’s really exciting, we didn’t get to play Cameroon in 2019,” noted Nigeria’s former professional player Bolu Fagborun. “They are a big physical bunch and very athletic so it’ll be a great test and our boys are really looking forward to it. We are all looking for MEA as a region to expand and we are happy to go in as favourites. We will respect the opposition and be fully prepared.” 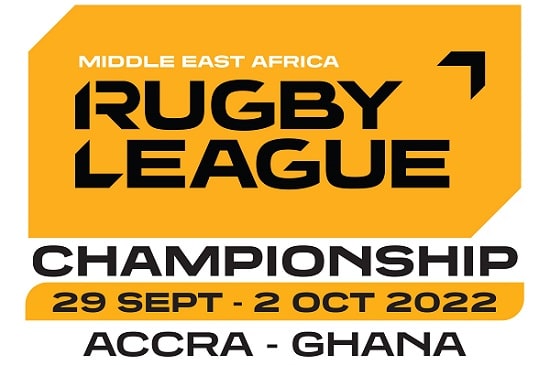 Cameroon’s international representative, Nick Sadler said: “The boys will be absolutely delighted to try and dethrone the holders first up, that’s all the guys were talking about at the last tournament, getting stuck in to Nigeria. It’s going to be difficult but we’ll be approaching it with relish and the indomitable Lions can do the business.”

Salford director Paul King added: “We were honoured and excited to play even a small part in the Championship draw. Our partnership with Rugby League Federation Ghana has brought about the connection and we are committed to the development and expansion of international rugby league, and showcasing its popularity on other continents. We wish the best of luck to all nations involved and hope their local communities come out and show their support.”