Scottish rugby league has received a boost over the last two years or so, with the rise of amateur side Edinburgh Eagles.

The game North of the Border has experienced a tough time over the last six years, with the progress made in the decade that led up to the 2013 World Cup having been largely squandered.

Although the national side made it to the quarter-finals of the 2013 World Cup, their development officers were cut on the same day that they played New Zealand.

Clubs have folded since then, and reviving the game in Scotland has been a tricky process.

But in ‘Auld Reekie’ there is a phoenix rising from the ashes, in the form of the Eagles. 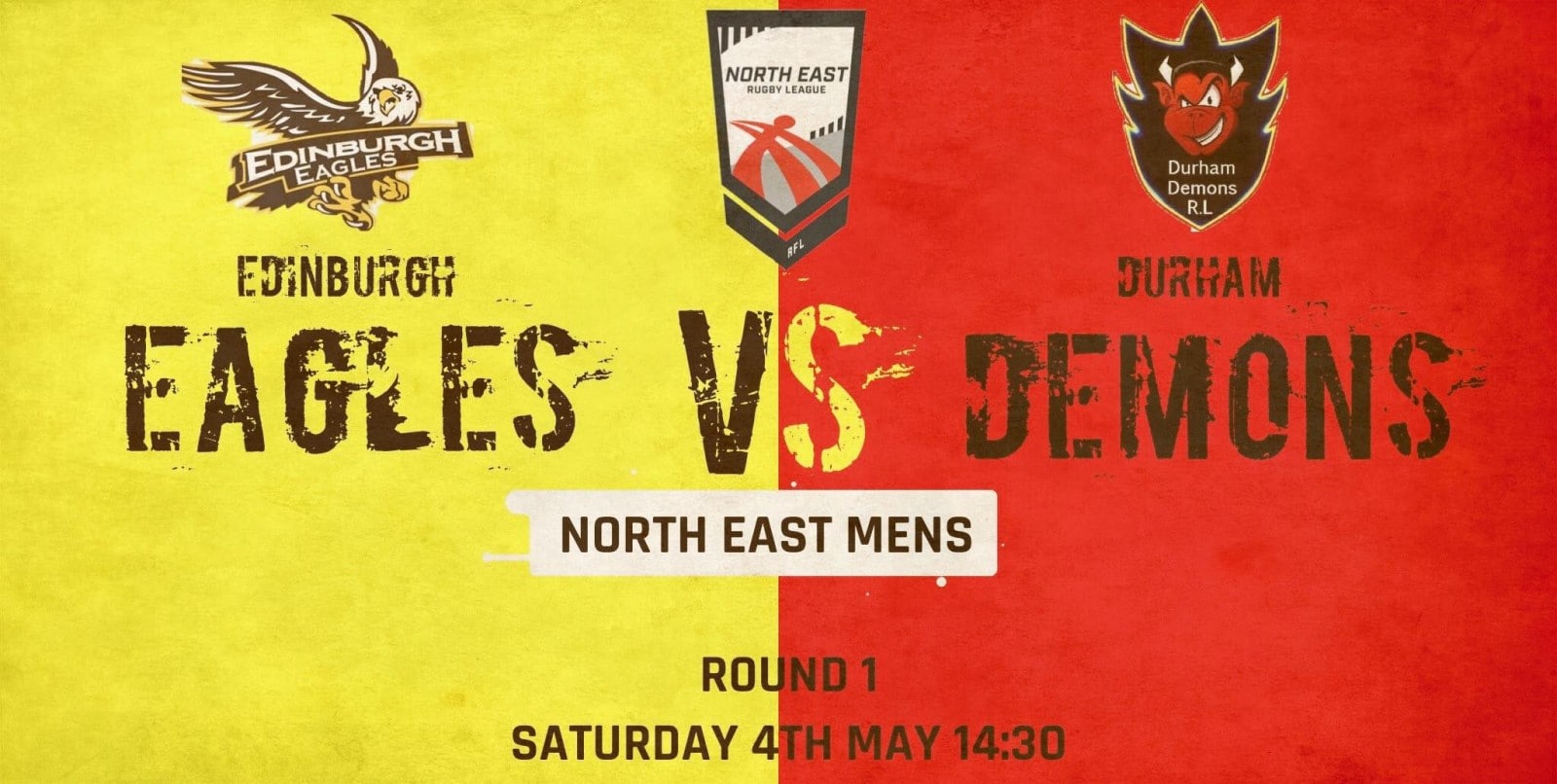 On the eve of that first foray over the Border, Everything Rugby League caught up with Eagles coach Barry McGuffog, a Cumbrian with a cosmopolitan rugby league background.

McGuffog has Scottish roots himself, despite his Cumbrian birth and upbringing, with Scottish connections on both his mother and father’s side of the family.

His roots are in Dumfries and Galloway, and he played alongside the likes of former Sheffield Eagle Jack Howiesonfor Scotland Students.

“I came up here four years ago,” he said.

“I moved here from the North West (of England), from Cumbria, having travelled around a little bit – over to France and down to the Midlands, and I was over at Sheffield with university.

“As there’s not a lot of rugby league in the area, I contacted the Scotland Rugby League, and they suggested getting involved with the Eagles.

“My family is from the Dumfries and Galloway area. I played for Scotland Students back in 2003.

“I have probably more Scottish family on my mother’s side, though.”

The Eagles are looking to expose their players, many of whom have come from rugby union, to a higher standard of rugby league than they could access in Scotland.

Travelling to the North East of England is seen as a good way of doing this by the Eagles, with opportunities to play against other Scottish teams limited currently.

Geography is also a barrier to regular competitions against Scottish sides, with Aberdeen further away from Edinburgh than much of the North East of England.

Securing sufficient fixtures was the main reason that the Eagles opted to move into the English system.

“Myself and Andrew McPhail, who is now club treasurer, got involved with the club three years ago, and things were hard,” McGuffog explained.

“We had two or three players at training, and getting facilities was difficult. But we persisted.

“We got a team out, but there were only two or three games in a season.

“Last year, things improved. We were entered into the North East Cup (in England), and we probably surprised a few people in getting to the final.

“Then we organised a few friendlies and managed to get some games.

“I think we got nine or ten games under our belt last year. We were starting to get 15 or 16 people at training, so things improved on the pitch.

“We felt, as there were no guarantees of fixtures within Scotland in the coming year that the only way for us to improve again was to apply to the North East of England.

“Basically, it was to ensure that we’ve got games – that’s not a criticism of any of the other teams up here, it’s just that in order to progress we have to have games.”

Many people in England struggle to visualise how big Scotland is geographically. Although the population is just under five and a half million, the country covers just over 80,000 square kilometres.

England, with a population ten times larger, covers just over 130,000 square kilometres, highlighting how sparsely much of Scotland is populated in comparison.

“Geography does play a huge part in it,” McGuffog added.

“Years ago, there were clubs over Scotland. But, again I don’t think I’m speaking disrespectfully, there were no real foundations for the clubs – it was groups of friends who were playing.

“Year on year, they managed to succeed and continue, but unfortunately, as there was no youth set-up underneath it all, there’s been no foundations.

“Geographically, it’s difficult for us when clubs start to fold. It’s three hours for us to go up to Aberdeen, for example.

“It’s three hours for us to get to the North East of England – so travelling to a ‘separate country’ is the same distance.

“Glasgow is up and running this year, and they’re probably our closest club now – and they’re still about an hour away.

“It’s not like the heartlands. When I was growing up in Barrow, there were six or seven teams at junior level, and you were never travelling more than 10 or 15 minutes for a game.

“So geography plays a huge part.”

“The standard probably is getting up there with the heartlands,” he said.

“There’s not as many teams, but for us it is the next natural step. It guarantees competitive games.”

The return of the Great Britain and Ireland team to rugby league’s international ranks also offers positive possibilities for the game in Scotland, according to McGuffog.

The pathway is now in place for future generations of Scottish-born and Scottish heritage players to stay with the Bravehearts, and still have the opportunity to play against the best Test Match-playing nations.

“Most certainly, I do think the return of Great Britain is a good thing,” he said.

“As to how it is managed, we’ll have to wait and see.

“Obviously, at the moment, the number of Scottish-born players representing Scotland is often talked about.

“In future years, fingers crossed, whether it from ourselves or from Glasgow or wherever, we’ll have players coming through into the professional game.

“But we’ve got to be realistic- amateur players are not going to represent Great Britain if we’re picking players who are the best in their position.

“So our home-based players who represented Scotland are not going to be picked for Great Britain, but in future years, if players can start getting into a proper pathway, there’s no reason why Scottish-born players couldn’t go on to represent Great Britain.

“It’s another step of international rugby that players can potentially take.

“For us, we have to compare it to the rugby union Lions, as things stand, but it’s an aspiration for our players.”

Back at grassroots level, though, this season is all about the Eagles setting out their stall and being competitive at senior level.

McGuffog also wants to see the first steps towards a proper youth set-up in place, too.

“On the field, we’ve got to be looking top three, and making the play-offs, and the Cup semi-final” he said.

“We’ve got to perform at a consistent level.

“But it’s also to have our Under-16s play at least one game. If we get one or two games out for the Under-16s, it’s mission accomplished.”