England Women will take on Wales at Cross Keys RFC on Sunday 12 June (KO 1pm) – six days before facing France at Warrington as part of an international double-header with England Men versus the Combined Nations All Stars.

Pandy Park will stage a Rugby League international for the first time since 1998, when the skills of the late Hugh Waddell gave the newly formed Scotland Amateur side a 28-18 win over Wales A in what was the first meeting between the two nations at that level. Wales Women versus England Women will be only the second time the two nations have played each other, following last year’s inaugural clash at the Halliwell Jones Stadium which resulted in a 60-0 triumph for England.

Dave Rotheram, RFL Chief On-field Officer, says: “This is a hugely significant year for Women’s Rugby League and we are grateful to Wales Rugby League for creating an additional development opportunity for our England players ahead of the World Cup. This will be the second women’s international between England and Wales following last year’s match at Warrington, the Wales squad is getting stronger all the time, and England head coach Craig Richards and his team will be raring to go.”

Wales head coach Thomas Brindle adds: “We’re delighted that the Wales Women’s side will be back in action next month, with our first ever South Wales-based test matches. 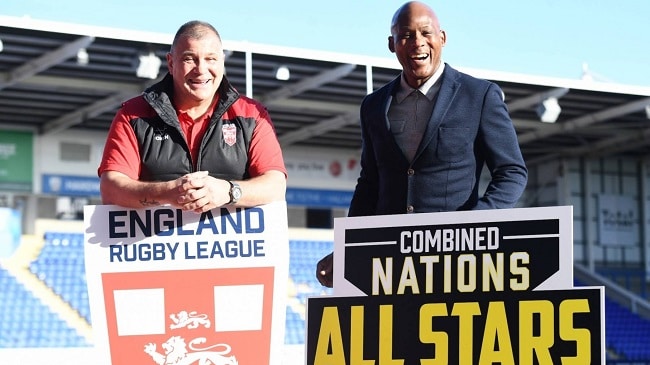 “Since we last met England, back in June last year in Warrington, most of our players have been through a Super League season, with Cardiff tasting success in Super League South and performing well at the Super League Nines. The game in Wales continue to grow success and we will see that with a few additions to our squad.

Wales Rugby League’s General Manager, Mark Jones, says: “I’d like to thank Cross Keys for agreeing to stage not one, but two Wales Women’s matches at Pandy Park next month. After playing matches in Warrington and Colwyn Bay in 2021, we’re really looking forward to bringing the Wales Women’s side back to South Wales for the first time in three years.

“After the success of Cardiff Demons women in winning the Super League South, and I know a number of those players will be involved with the Wales side, we can’t wait to showcase women’s international pathway to our members and to a new audience.”

Tickets can be bought at here.

Tickets for the Halliwell Jones Stadium double-header on Saturday 18 June, featuring England Men versus the Combined Nations All Stars and England Women against France are available here.