Rugby league in Sheffield is back on an upward trajectory at last.

The city’s professional club, Sheffield Eagles, are looking a much more solid outfit in the Championship this season, and have managed to remain in the top half of the table for most of the campaign.

There has also been a resurgence of the amateur game in the city, with the Sheffield Forgers (sponsored by Everything Rugby League) winning games home and away at last in the second season of their revival.

The city’s other amateur team, the Hawks, are also still in existence, and deserve credit for the success of their junior section.

Recent graduates from the Hawks systems include Cory Aston and Eddie Battye, both now playing in Super League.

One man who agrees that the game is on an upward trajectory in South Yorkshire now is Paul McDermott.

The former York, Wakefield Trinity and Sheffield Eagles man continues to show a commitment to the development of the game in the region, working with amateur club Sheffield Forgers in 2019.

It is a challenge that he is enjoying, and coaching does run in the family, with Paul’s younger brother Brian the current Toronto Wolfpack gaffer.

He feels cheered by the current state of the game in the Steel City.

“I am optimistic, I don’t think it’ll ever disappear,” he told Everything Rugby League.

“Talking about Sheffield specifically, Sheffield is South Yorkshire, not West Yorkshire, nor the East Riding – they have a different attitude to things.

“Rugby league is seen as a northern sport generally, but in Sheffield, a northern city, it’s seen as a West Yorkshire or Lancashire sport.

“It’s not that Sheffielders don’t like it, it’s just seen as ‘oh, that’s for you lot in West Yorkshire.”

“Rugby league is well liked in South Yorkshire, but it’s not a habit yet.”

The club have never had it easy throughout their history, something which McDermott puts down to a lack of promotion for the club from the game’s governing bodies.

“They’ve had a very difficult time since the day they first started,” he said. 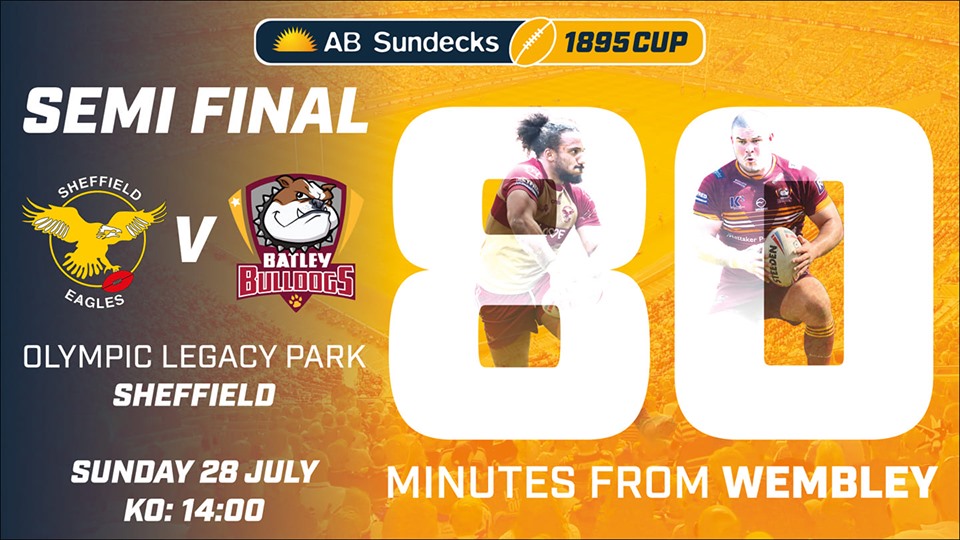 McDermott also thinks that Sheffield would be a good venue for Magic Weekends in future.

“Why not use one of Sheffield’s grounds, because it’s just down the road?” he asked, rhetorically.

“Bramall Lane has had rugby league played there in the past.

“I’m a big expansionist, I love all these big expansion teams, but I can’t see why we can’t expand to somewhere like Barnsley, just five miles down the road from Wakefield.

“The more people who play rugby league then the more chance there’s more chance that they’ll go and spend £25 to go and watch a game, or buy merchandise.

McDermott also believes that Sheffield Eagles returning to Super League would be a great thing for rugby league generally.

But he questions the role that Sheffield City Council play in promoting the game in the city.

“I’m a big believer in promotion and relegation – I don’t like closed shops,” he said.

“It’s important that they get there, but they’ve got to get there via the promotion and relegation system.

“But if they do get there, Sheffield is a big place, and the city is a sporting city. They’ve never been concerned about spending money on sport.

“If we are successful, they’ll jump on board. At the moment, the Eagles are seen as a grassroots club.

“I don’t think many Sheffield City Councillors would know the difference between Sheffield Eagles and Sheffield Forgers or Sheffield Hawks, to be honest.”

Sam and Sia to make a positive impact in the region