Ahead of the Rugby League World Cup Victor Radley made a huge sacrifice when he pledged his allegiance to England.

Throughout his whole career Radley has been groomed to one day represent New South Wales in State of Origin even coming as close as being in the extended squad.

While players in front of him such as Isaah Yeo and Cameron Murray were always going to be hard to beat for a spot in the Blues lineup it was thought that Radley could be used in the future off the bench or at the very least provide strong depth in the lock position in the event of either Yeo or Murray getting injured.

However, earlier this year England coach Shaun Wane met with Radley which resulted in the Sydney Roosters deciding to represent England at the World Cup and forgo his Origin eligibility.

Radley has stated since that he would like to play for New South Wales in the future if that ever became a possibility.

Blues coach Brad Fittler fronted the media following New South Wales’ 2023 Origin jersey reveal and stated that he would like to see eligibility rules change so that Radley can play for the Blues. 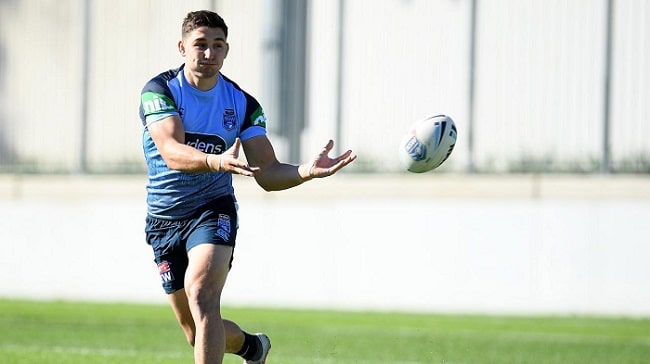 “I think if you’re from New South Wales or Queensland, and you get nurtured through these two states then you should get a chance to play for them regardless of who you want to play for internationally,” said Fittler.

“The eligibility for New South Wales doesn’t really have to change, I just think the tiering for International football has to change.

“There’s not many England players other than Victor Radley who would actually be able to play State of Origin so it would be a shame if he went through his whole career and didn’t play for New South Wales.”

As Fittler is a current State of Origin coach his public backing of a change to eligibility rules could have a real impact especially when because ARL Chairman Peter V’Landys has recently tasked Wayne Pearce with reviewing the Origin eligibility rules and possibly allowing England and New Zealand Internationals to play for New South Wales or Queensland.