Flanagan and Gallen coached Macedonia to take on Malta

We are officially in a World Cup year and we’re not just talking about the FIFA World Cup taking place in Qatar, but the postponed Rugby League World Cup that will be hosted by England.

It is the one period in the Rugby League calendar where the International game is the only focus of the game’s entire fandom, but let’s not forget that there will still be plenty of International fixtures beforehand.

Malta Rugby League has today confirmed via their Facebook page that they will be taking on Macedonian Rugby League at the famous Leichhardt Oval on the 6th of February 2022.

“It will be the first meeting of the two nations on a Rugby League field and the first match the Knights have played on Australian soil since 2019.

“An U16’s curtain-raiser will be followed by the Men’s International fixture in Sydney’s inner west.”

Macedonia is coming off of a big win against Vietnam 58-0, where the Shane Flanagan and Paul Gallen coached side made a huge statement of intent to one day become one of the more prominent teams in the International game. 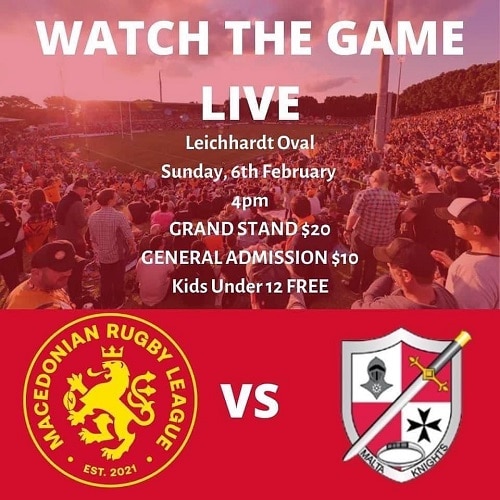 Flanagan spoke to Chasing Roos’ Phil Browne before the game where he highlighted the importance of these International fixtures for developing nations.

“We want to continue to play these games”, said the 2016 NRL premiership-winning coach.

“It’s good for Vietnam, it’s good for Macedonia and all the other teams involved, so the more games we can get the better.”

The Maltese side is fresh off of a 26-12 loss in the third-place play-off of the European Championship D tournament against Turkey but will be boosted by the recent sponsorship deal that they have signed with Giordano’s sports brand Stingz. 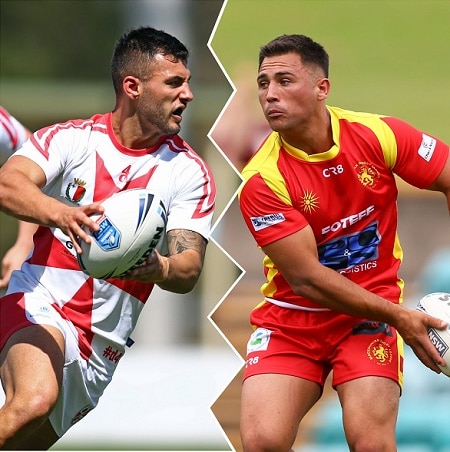 “Giordano was only established in 1981 and now has a global footprint of 2,100 stores in almost 30 countries,” said Malta Rugby League General Manager David Axisa.

“In creating this partnership, we recognise their hard work, passion and determination to create their own unique brand of global appeal, which mirrors our own ambitions to build a global legacy in rugby league”.

You can see Malta debut their new gear supplied by Stingz as they take the field on February 6th against Macedonia.