Netherlands try scoring machine Joran Schoenmaker will become just the second Dutch player to play rugby league in the professional ranks when he turns out for North Wales Crusaders in the RFL League One competition.

The Zwolle Wolves outside back follows on from ex-St Helens, Salford, Wigan and Leigh forward Tim Jonkers who was born in Amsterdam.

Like a number of current European players, Schoenmaker moves seamlessly across the rugby codes in the Netherlands playing for Eemland RC in the top level rugby union premiership and Zwolle in the domestic rugby league championship.

“When I started playing rugby I was aiming for a pro contract. So for me hopefully this is just the beginning whilst I keep aiming for more,” Schoenmaker told Everything Rugby League.

The 23-year-old marketer has been fortunate to combine travel with his sporting talent after recently returning from Japan following a stint playing rugby for Ryukoku University.

“I like to explore the world and playing rugby professionally helps to support this way of living.”

Schoenmaker emerged as a star of the European D Rugby League Championships in Bodrum, Turkey in October last year. The Orange Lions claimed the title with a 36-10 win over the Czech Republic, with Schoenmaker grabbing a hat trick including a sensational solo effort in the 22nd minute. The win meant the Netherlands were promoted to the European B group and will start the 2025 World Cup qualification process in October next year grouped with Germany and the Czech Republic.

“Getting more exposure surely helps the sport in the Netherlands, and I hope to bring something extra into the team with my experience (playing for North Wales).

“I think the level will be much higher and more consistent than I’m used to playing internationally. I’ve heard many good stories about them (North Wales). So I am sure the level is good.”

North Wales Crusaders have been busy with recruitment activity recently and after finishing third at the end of the regular season in 2022 and competing in the playoffs they will look to go further in 2023 as they strive for promotion to the Championship.

Crusaders Head Coach Carl Forster said on the Netherlands Rugby League Bond website he is pleased to be signing Schoenmaker for the upcoming season.

“Joran has really impressed us with his athleticism and willingness to succeed. He’s really keen to join up with the squad and he will be a good addition to the team.” 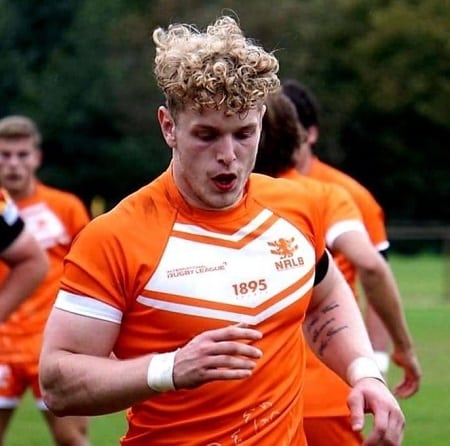 North Wales Crusaders who play their home matches in Colwyn Bay will carry the torch for Welsh rugby league after West Wales Raiders recently announced they were dropping out of the professional leagues.