As the old saying goes, it wouldn’t be rugby league without controversy.

While not overshadowing the celebration of the game that the World Cup is, complaints around ticket pricing have become an ongoing story on the peripherals of the tournament.

In reality, fans have had two years to purchase tickets, often at a discounted rate and every game has a spread of both affordable and premium seats.

The tournament is on track to generate a substantial fee to the International Rugby League (IRL). This is despite paying for flights and accommodation for all 32 men’s, women’s and wheelchair teams, a concept relatively new to the World Cup. The financial set up of the tournament is such that it has the rights fee built into its costings with exact amounts still to be calculated.

At the time of writing, ticket sales had grossed at least £1 million more than the 2013 Rugby League World Cup, also staged in England. It’s worth noting that the International Rugby League (IRL) is thought to have come into this tournament approx. £2.3m in the red. Any proceeds should be used to get the organization back into the black after administrative costs accumulated during the Covid-19 period when very few games were played. 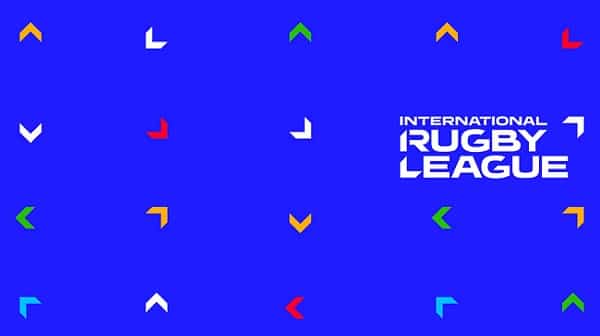 The IRLs 2021 annual report showed 18 full members. Each member nation will need to be given grants by the IRL to help sustain the sport until the 2025 Rugby League World Cup in France.

The state of the game in Ukraine and Russia is largely unknown so it is unclear if they will receive grants from the IRL post World Cup. The IRL also has 16 affiliate members and 22 observer members.

The IRL is an organization hampered by a chronic lack of funds. With this in mind it would be wise for them to focus on a small amount of nations who can provide the biggest upside and sustained success. A process where nations can apply for additional funding based on sound business proposals should be made available.

The most notable four countries that meet basic potential growth metrics such as a relatively large population, an ongoing and sustainable domestic competition and full IRL membership are France, Papua New Guinea, Fiji and Ireland.

By far the rugby league playing nation with the biggest upside, France have been a sleeping giant ever since the Vichy government banned the sport and transferred any assets to the rival code. France has a population of almost 70 million people, a rich history of rugby league and will host the 2025 iteration of the world cup they created back in 1954. With English clubs expected to implement the structural changes outlined by IMG last month, it is likely that Toulouse Olympique will be back in a rebranded Super League from 2024 onwards, joining fellow French club Catalan Dragons.

France is the nation most suited to forming a third full time professional competition outside of the NRL and Super League. Whilst this may be some way off, the standard of local players continues to rise thanks to the stewardship of FFRXIII President Luc Lacoste, national coach Laurent Frayssinous and Director of Rugby Trent Robinson. For the first time, every player in the World Cup squad is full time. 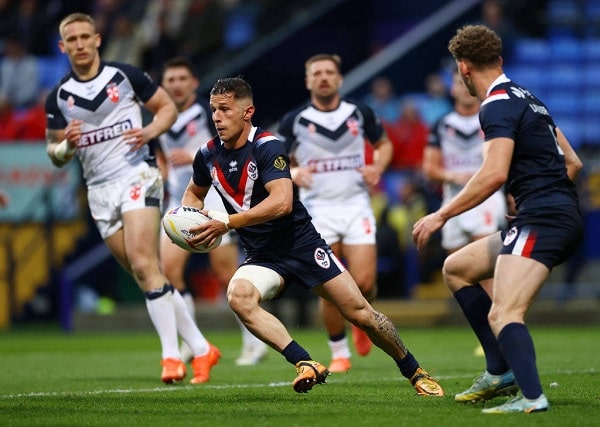 While post Covid-19 registered player numbers are unreliable, it is thought that there are as many as 40,000 registered rugby league players in France. A television deal is a crucial missing ingredient for Rugby League to continue its momentum in France.

The standard of the PNG Kumuls in this World Cup has surprised many. Largely thought to be the better team on the day, they took international rugby league darlings Tonga to the final minutes of one of the games of the tournament to date. One of only two countries with Rugby League as its national sport (with Cook Island being the other), PNG has a linguistically diverse population of 9 million people. With a GDP per capita USD 2,637 (just 7% of France’s), funding is going to remain an ongoing issue for the foreseeable future.

Fundamentally, PNG have all the ingredients to challenge for a World Cup title in the next decade. Access to a good standard stadium, a team (PNG Hunters) in the Queensland Cup, a contingent of eligible NRL stars, 15,000 registered players, competitive women’s and men’s teams and a love of rugby league all position PNG as a key focus for growth in the short term future.

If the popularity of rugby league in Tonga saw a boost after the 2017 World Cup, the popularity of the sport in Fiji can be credited to the 2008 World Cup. With a population of close to 1 million and a bright future, Fiji should be a prime target for growth. This was recently recognised by Rugby Union, with the Fiji Drua now player in the Super Rugby competition. 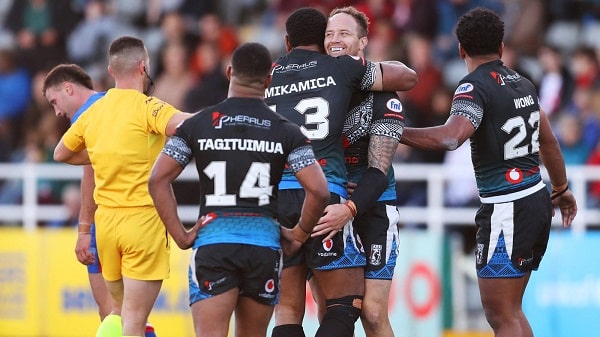 Fiji now have genuine pathways to the NRL, with the Kaiviti (meaning “someone from Fiji”) Silktails now playing the Ron Massey Cup, with aspirations to join the NSW Cup in the not too distant future. Fiji has a GDP per capita of close to USD 5,000 so share similar funding issues to PNG. A long term sponsorship with Vodafone Fiji has been crucial to alleviating some of these funding issues, as have grants from the Australian Government.

Of the four IRL full member nations identified here as having the most upside, Ireland is the country with the furthest to go. Despite being founded in 1934, rugby league has struggled to gain a foothold in Ireland, largely due to a lack of funding. Recognising that relying almost solely on a diaspora in England and Australia is incompatible with long term sustained growth, Ireland Rugby League set a goal of rewarding genuine Irish players with as many international caps as possible. Players picked from the Irish diaspora must be committed to helping the national team as much as possible, rather than just making themselves available for the world cup every four years.

With a population of 5 million people, Ireland has an incredible GDP per capita of USD 83,813. Any investment rugby league makes in Ireland should be based around sustainable growth with the aim of getting as many young Irish kids playing the sport as much as possible possible.

Rugby League Ireland openly discussed a goal of having a Dublin based team in the Super League 10 years ago. While whispers around this have since been few and far between, the eventual addition of an Irish Team in the Super League should be a long term measure of success for the game. With the recent IMG recommendations limiting a 12 team super league to just 2 overseas teams, it would require the French to form their own professional competition to bring back Catalan Dragons and Toulouse Olympique, or more likely the Super League expanding once more category A clubs are realised, enabling the competition to expand.

The above four countries are all at different stages of development and each face challenges unique to their individual situation. The sport of rugby league simply isn’t in a position to be able to spread its limited resources too thin. Despite its renowned ability to hamper its own growth and development, each of these nations has an appetite to realise the sports potential there. We can only hope that the IRL share this appetite and invest as much as possible into them.