Rugby League Cares and the Rugby Football League are delighted to announce that four of the greatest players in the sport’s history will receive the highest honour the sport can bestow next month when they are inducted into the men’s Rugby League Hall of Fame.

Andy Farrell OBE, Adrian Morley, Clive Sullivan MBE and David Watkins MBE are the latest players to be identified as the best of the very best since the sport began in 1895.

The four will formally join the 28 current members in Rugby League’s most exclusive club at an induction ceremony in Wigan on Thursday October 27.

RFL Chief Executive Ralph Rimmer said: “On behalf of the whole sport I would like to congratulate Andy, Adrian, Clive and David on this wonderful achievement which is so richly deserved.

“Millions of people have played this great sport in the last 127 years, and it is a testimony to the quality of all four players that they are among just 32 who have so far been selected for inclusion in the Rugby League Hall of Fame.

“We are looking forward to inducting these four sporting giants into the Hall of Fame next month on what will undoubtedly be a very special evening for everyone.”

The inductions will take place at a celebration dinner at The Edge Arena in Wigan on Thursday October 27. At the same event, the first members will be inducted into the newly-established Women’s Rugby League Hall of Fame – the former Great Britain internationals Brenda Dobek, Lisa McIntosh and Sally Milburn.

The RL Hall of Fame is administered by the RFL and RL Cares in the charity’s capacity as champions of the sport’s wonderful heritage. Players are selected for entry into the Hall of Fame by a panel comprising members from across the sport, including administrators, former international players and historians. 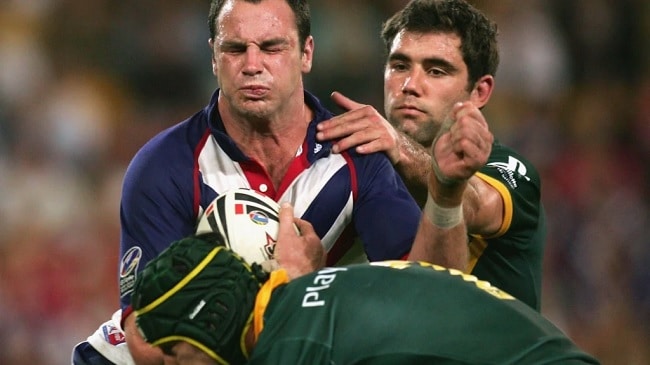 To be considered for elevation into the Hall of Fame, players must have played professional Rugby League for at least 10 years, established a reputation that transcends the era in which they played and have a record of outstanding achievement at the very highest level.

The final eligibility criteria has been changed, with players now required to have been retired for five years since their last appearance (it had previously been 10 years).

In a 13-year career at Wigan, Andy Farrell won six Championships and four Challenge Cups and was regarded as one of the most talented players of his generation.

He captained both Wigan and Great Britain by example and made 46 international appearances: 35 for Great Britain and 11 for England. Farrell played in two World Cup tournaments and in 1996 became the youngest captain in Lions history when he led the 1996 tour to PNG, New Zealand and Fiji.

Adrian Morley established a reputation as the consummate professional over his near 20-year career, when he was regarded as a player of fierce commitment who expected the same from those around him.

He became the sport’s most-capped British player with 30 appearances for Great Britain and 23 for England.

Morley was a Challenge Cup winner with Leeds in 1999 before joining Sydney Roosters, with whom he won the 2002 Premiership and 2003 World Club Challenge. He had a short spell at Bradford in 2005, when he was a Grand Final winner with the Bulls, and a year later he returned to the UK to join Warrington.

As captain of the Wolves, Morley led by example as the club enjoyed Challenge Cup final success in 2009, 2010 and 2012, as well as a Super League Grand Final appearance in 2012.

Cardiff-born Clive Sullivan was the last Great Britain captain to lift the World Cup trophy, leading the nation to success in 1972. He made over 550 appearances for Hull FC and Hull KR between 1961 and 1980, scoring a remarkable 365 tries (247 for Hull, 118 for Rovers). 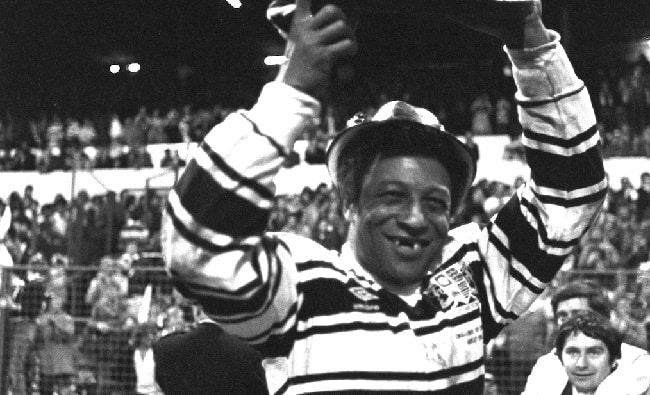 He toured with the Lions in 1970, the last Great Britain team to win the Ashes.

In the 1972 World Cup he scored a try in each of Great Britain’s four games and scored a spectacular try to level the scores at 10–10 against Australia in the final. He also captained Wales in the 1975 World Cup, when he led them to a victory over England.

Sullivan played 47 times for Wales and Great Britain and made a total of 639 career appearances, including Challenge Cup final wins for Hull KR in 1980 and Hull FC in the 1982 replay at the age of 39. He passed away in 1985, aged just 42.

After joining Salford from Welsh Rugby Union in 1967 at the age of 25, David Watkins went on to play 466 games as a Rugby League player, including over 400 for Salford, 22 for Wales and 13 for Great Britain. He is Salford’s record points-scorer (2,907) and scored in 92 consecutive matches for the Red Devils. Watkins played in all six games for Wales in the 1975 World Cup.

RL Cares Chairman Tim Adams MBE said: “We would like to congratulate the four new inductees on their elevation into the Hall of Fame which is deserved recognition of their immense talent.

“Andy, Adrian, Clive and David created magical memories for millions of sports fans across the world during their illustrious careers and it is right and proper that they have been recognised in this way.”