Back in 2013 Ioannis (Johny) Nake was sitting in his apartment in Neos Kosmos, a bustling inner city suburb of Athens, faced with a dilemma.

After being provided with conflicting medical advice on the best way to deal with his asthma and looking for a change from playing football, Nake had double booked on a new sport to try the next day.

The question was would he go to boxing lessons or a try rugby league session organised by the now Greek Rugby League Federation President George Stilianos.

“I wouldn’t change anything,” Nake told Everything Rugby League

“I think I made the right decision. I never thought of going to that boxing lesson. After my first rugby league training it disappeared from my mind. So no, I wouldn’t change anything. Another person that was glad Nake didn’t put on the boxing gloves that day was George Stilianos who said the diminutive utility player became his best recruitment asset.

“He was the first guy I found for the team back in 2013. He is pretty popular in his neighborhood and he literally recruited half the team in the beginning.

“Since he came to that first training session he has contributed massively both on and off the field,” Stilianos said. 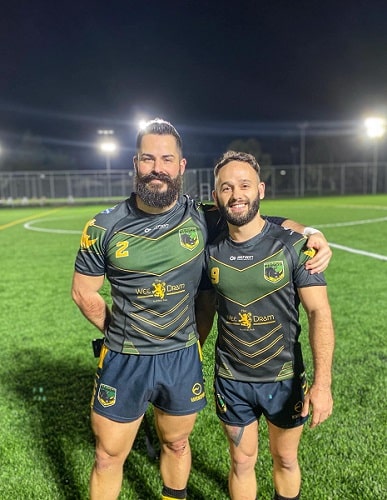 Since that day Nake has played in 10 matches for Greece but he had an unusual request for coach Steve Georgallis before the World Cup match against Samoa at Doncaster.

“I knew I was not playing. At first, I was the nineteenth player and after Robert (Tuliatu) was ruled out I became the 18th. I asked the coach if I was allowed to go on the field and be there just for the national anthem and the haka (Siva Tau) and he said yes of course. I really wanted to be there and stand in front because I might not have the opportunity again.

“It was because we saw the Cook Islands do their haka and that was amazing. When you face the Samoa team and they’re doing their haka before the kick they are fired up. You could see it in their eyes. They were not looking away or anything. So it was amazing. Yeah. I wanted to be there for that.”

Nake will face what is easily his biggest challenge to date when he comes off the bench at Bramall Lane this Saturday against England. He is well aware of how tough the task will be.

“It looks different when you’re on the bench and watching the game being played. I think it will be very difficult. The speed and the strength is on another level. I’m not delusional. I would put England at level 10 and maybe I will put myself at level three. These guys are doing this for their main job. This is what they do.”

A huge positive from the Greece World Cup campaign is that Nake and the other domestic players will take the experience of playing with NRL level athletes and having experienced coach Steve Georgallis back to their clubs. As captain/coach of the Attica Rhinos Johny can’t wait to get back and start implementing what he has learned. 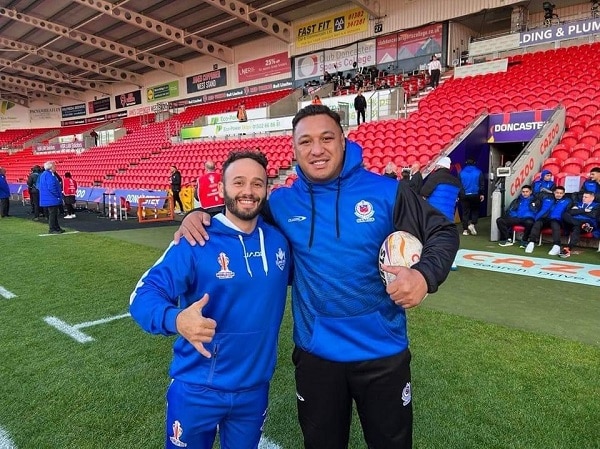 “This is like a seminar to me. From the players and especially from Steve. He’s a great coach. You can tell that every other team has more professional players, players that do this and get paid. Steve has a few of them (professionals) and many of the rest of the guys are not professional players. Some of us are not even semi professionals. He has had to take different people and player backgrounds and combine us and unite us into one strong team.

“I will take everything back to Athens, back to my team and change everything because until now we’re not playing proper rugby league. These things will make us better players and will grow rugby league in Athens in a proper form. Individually I think I have gained a lot and I am looking forward to the game (against England) to gain more experience.

“I’ve been talking on a daily basis with my family and friends. They are really proud of us as a team and for me as a person that we made it through here, because during the journey, we had lots and lots of problems, lots of obstacles. Many times, many friends or even family members didn’t want us to end up maybe in jail.

“My mum said to me thank god you didn’t stop the effort. Hard work always pays off.”