“Probably the most important thing that you need to understand is that to qualify for the World Cup we had to go through certain divisions, and we were only allowed four heritage players,” Georgallis explained on the popular Ouzo Talk podcast.

“So the majority of the team were domestic players from Greece, which a lot of people don’t realise.

“There’s a quota in the qualifiers, but not in the actual World Cup . And that’s led us to the decision of what’s the use of having all these players help you qualify for a World Cup, if you’re just going to pick 17 or 24 heritage players. You are not really actually developing the game and the country where you want it to prosper.

“So we are going to put eight domestic players in the squad which means obviously one or two are going to be playing every week for those three qualifying games.” 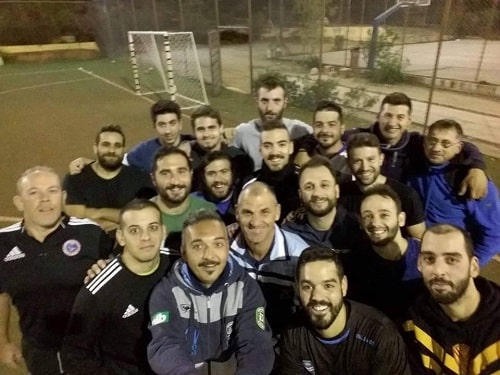 “Having those eight domestic players is really important. And the sixteen heritage players that get picked understand that.

“I’m pretty sure Pete (Mamouzelos) believes the same that every time we go to Greece and we run coaching clinics and we see these players and they’re developing into young kids that want to play the game it actually makes us proud that we’ve done what we’ve done.”

In a wide ranging interview Georgallis, Liberopoulos and Mamouzelos discuss their Greek heritage, expectations at the tournament, the journey to the World Cup and the remarkable and inspirational story of rugby league in Greece that now boasts multiple teams catering to the men’s and women’s game.