Five players from outside the England Performance Squad have been included in a 29-man Great Britain Performance Squad that will meet for the first time next week, to begin the preparations for this autumn’s first Rugby League Lions tour since 2006.

The St Helens team-mates Lachlan Coote and Morgan Knowles, who have represented Scotland and Wales respectively, are joined by the Warrington forward Joe Philbin, who played for Ireland in the 2017 World Cup, plus Salford’s Josh Jones and Ash Handley of Leeds.

A third Saint, Matty Lees, would have been a sixth newcomer to the squad, but he has been ruled out by injury – as have the Wakefield wing Tom Johnstone, and the Castleford half-back Luke Gale.

Warrington’s Ben Currie was not considered for selection to allow him to have a full off-season after his recent injury problems, but the Wigan captain Sean O’Loughlin is included, as he is expected to return from a pectoral injury before the end of the Betfred Super League season.

O’Loughlin is one of only two players in this GBPS to have represented Great Britain previously. He was an ever-present in the 3-0 whitewash of New Zealand in 2007, while the St Helens hooker James Roby made the last of his seven GB appearances as a substitute in that series, having been a member of the squad who played in Australia and New Zealand on the 2006 Tri-Nations tour.

The Great Britain Performance Squad has been selected by a seven-man panel led by Wayne Bennett, who will be the Head Coach for this autumn’s four-match tour of New Zealand and Papua New Guinea.

The other selectors were the team manager and former GB captain Jamie Peacock; Ian Watson and Danny Ward, who have been appointed Bennett’s assistant coaches for the tour; and three more former GB tourists in Paul Anderson, Paul Sculthorpe and Paul Wellens.

The squad will gather in Leeds on Tuesday week (September 10), and training sessions will then begin during the Super League play-off series in early October.

Wayne Bennett said: “As we’ve said since the return of the Great Britain team was announced at the start of the year, we have considered everyone who is eligible and puts themselves forward. As well as this Performance Squad of players based in England and France, we’ve got another group of players based in the NRL to consider – and there’s still time for others who are eligible to impress and force their way in.” 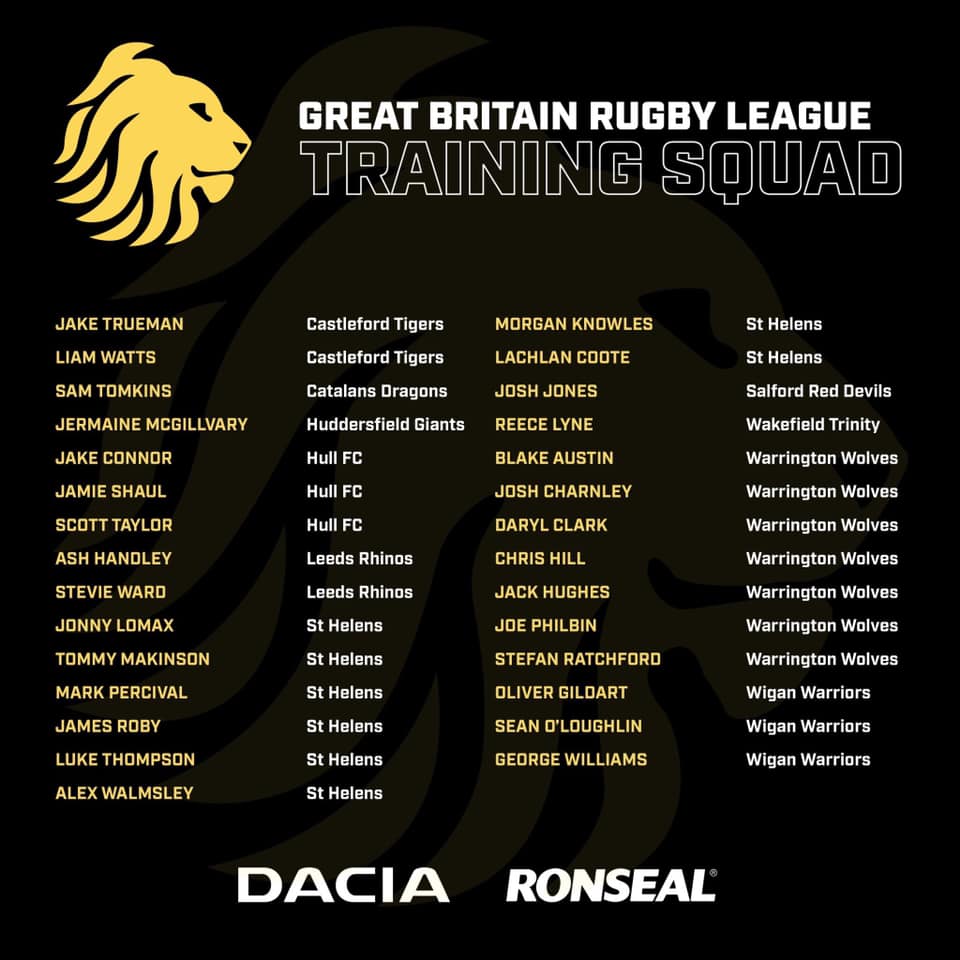 The final 24-man squad will be announced within 48 hours of the Betfred Super League Grand Final on October 12.

Great Britain’s first appearance on the international stage since 2007 will be a first ever Test against Tonga in Hamilton, New Zealand on Saturday October 26.

That is followed by Tests against New Zealand on each of the next two Saturdays (at Auckland’s Eden Park on November 2, and Orangetheory Stadium in Christchurch on November 9), before Great Britain conclude the tour in Port Moresby on November 16, a first Test in Papua New Guinea since 1996.

All four Tests will be shown live on the BBC, with extended highlights later in the day.