Greece arrives in Sheffield full of Sun, Sea and Souvlaki

The gyros and souvlaki shop near the Acropolis metro station received a dramatic upswing in takings last week courtesy of the Greek world cup rugby league squad. The players frequently made the 100 metre trek from their hotel base to sample an Athens takeaway favourite. Let’s just say the boys like their food.

As has become a ritual for the Greek rugby league team, the heritage players based in Australia and the United Kingdom joined up with eight domestic players to go into camp and immerse themselves in Greek life and culture before the World Cup begins.

The activities included team dinners at a Greek taverna and a recovery session at Vouliagmeni beach which involved some players indulging in the popular Greek board game Tavli while they enjoyed the warm, sunny weather.

“It’s very important for all our players to get a good understanding of the country we are representing,” Greece head coach Steve Georgallis said.

“With the heritage rules a player may have one Greek grandparent or both parents may be born in Greece so we have a variety of pathways to wearing the jersey.

“All our players are very proud to be playing for Greece. You will see it with the anthem prior to a match. 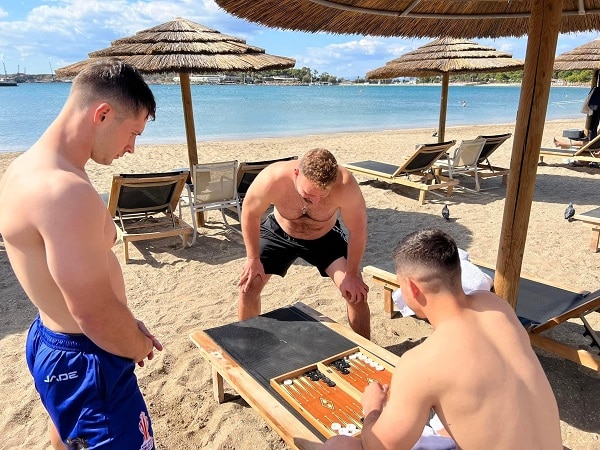 “It would be easier and cheaper for all the squad to fly into where we are playing our matches but we go much deeper than that.”

Greek forward Robert Tuliatu has a mixture of Samoan and Greek heritage with his mother’s family coming from the island of Crete. Since first being selected for the national team in 2018, Tuliatu has ventured back to his ancestral homeland on numerous occasions, connecting with the community and putting his hand up to run rugby league development sessions through the local clubs.

“The camp in Athens is arguably more important than our performance at the World Cup,” Tuliatu said.

“Obviously we want to do our best and make everyone proud but ultimately the purpose of us playing is to develop the game and support the Federation. If the boys don’t see that then they don’t know why we have gone to all this effort over the years.

“Every single one of us should be singing the anthem and taking an interest in our culture. The benefit of this is that a lot of guys that may not have had as much experience with their culture are given an opportunity to connect with it. We’ve seen that over the years with guys that have come before that it ignites a passion in them to learn more about their culture, their language and history.

“I’ve always enjoyed going back to Athens and running sessions and seeing the players improve and reap the benefits of all their hard work. They invest so much of their time and money to be able to play the sport. 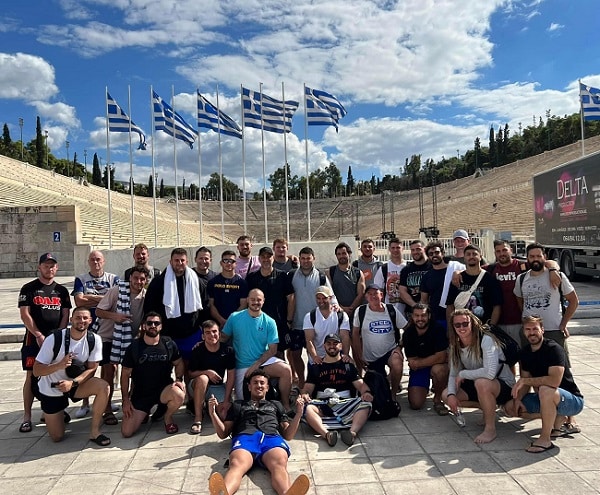 At the last Athens training session local media turned up to capture the squad in action, conduct interviews and wish their men luck. With ten men’s teams, four women’s teams and the national women’s team fresh off winning their European Championship group title, the sport is beginning to capture the hearts and minds of the people.

Greece will be based in Sheffield for the duration of their World Cup campaign. Their opening match will be against France on October 17 in Doncaster.