A rugby league 9s tournament in Aspropyrgos, on the northwestern edge of Athens, involving five clubs heralds the start of what officials are predicting to be an exciting Greek domestic season following on from the national team participating in the Rugby League World Cup and the Federation being recognised by the Government in August.

Speaking to Everything Rugby League after the tournament, which was won (both men’s and women’s) by the Attica Rhinos club, Greek Rugby League Federation President George Stilianos said he is optimistic about where the sport is headed in Greece.

“We are very excited about the upcoming season, we have nine men’s teams and four women’s teams signed up.

“Some of our clubs have had to take a step back and consolidate, so will be playing 9 vs 9 matches until their playing numbers are restored. So in some ways, this is a rebuilding season for several of our clubs.

“Participation numbers obviously took a hit during the pandemic but have been gradually recovering over the last nine months. Once the season kicks off we expect numbers and momentum to continue to increase.

“The eight players who went to the World Cup enjoyed an incredible experience (I won’t say “once” in a lifetime as several of them are aiming to be a part of the WC 2025 squad – if we qualify). A few of them are already player/coaches at their clubs here in Greece and will come back with nearly one month of training and playing under Steve Georgallis, which is invaluable.

“Also, sharing stories of their World Cup experience will give inspiration to any ambitious young players looking to get selected for the national team in the future.” 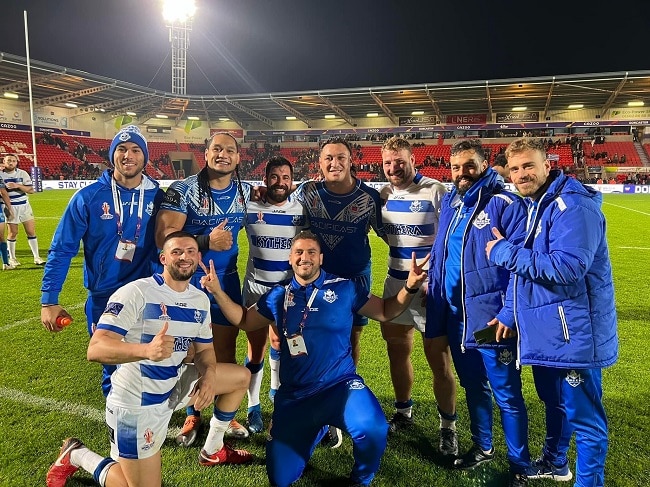 Aris Eagles captain Aris Dardamanis, who took the field in the World Cup against France at the age of 36 after taking up the sport at 27, participated in the 9s tournament with his team picking up a win and a loss.

“Coming back from the World Cup, where the level is so high, you can not expect much returning to any domestic competition,” Dardamanis said.

“We are non professionals and we all struggle with day jobs etc. I love playing and being an Eagle because we are a family first.

“After COVID-19 we have new players so we have a lot of work to do before we can say we are at a good level.”

Dardamanis said he will use what he learned under the Greece national team coaching staff to help his players develop in Athens.

“These four weeks (in camp) actually changed the way I see and play rugby league. I have played for the national team before, but it is the first time we have spent so much time together, training together, game analysis and so many details.

“I kept a lot of notes and through these four weeks I was sending messages to my coaching team. So now we have started working slowly and progressing. The players need time to understand some of the details because we are all new to the sport.

“So I think from now on, since we have had our Federation recognised, we are able to progress, and do a lot of things in Greece. The future is definitely bright because all of the people involved are unique and we love Rugby League. 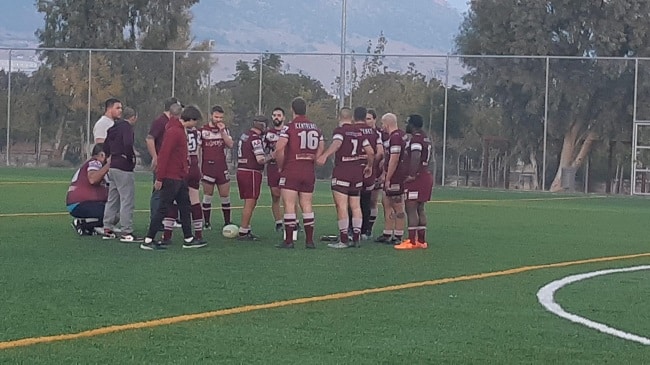 “There have been so many obstacles that made us stronger. We have been to the World Cup with all these problems, now it is our time to shine.

“The only thing we need is new young players and that’s our main purpose at the moment.”

The competition proper is due to start on 27 November when the Athens City Raiders take on reigning premiers Rhodes Knights. A women’s match between Aris Eagles and Attica Rhinos will take place on the same day.

The men’s (two conferences) and women’s finals are scheduled for March 2023.