After a ten year fight for recognition as a distinct and separate sport, the Greek Ministry of Culture and Sports and their General Secretariat of Sports has formally announced that rugby league has the right to be played in the country.

The Greek Rugby League Federation can now legally play matches, advertise games and are hopeful this will soon also lead to access to better fields, to be able to start youth age teams, plan to begin work in schools, and apply for some government grants and other funding. The news comes as Greece is set to play in men’s World Cup this autumn in England, in a group that will see them take on the hosts at Bramall Lane, Sheffield.

GRLF president, George Stilianos, commented: “This has been a decade long struggle and one that has seemed endless at times. So many people have played an important role in this becoming a reality and never gave up. There are too many to name but they know who they are and we will be forever grateful for their support. This will no doubt leave a great legacy for future generations that will now be free to play the game that they love, without any interference.” 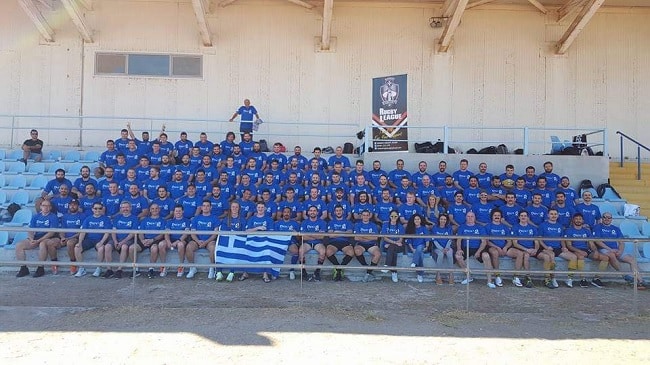 Stilianos added: “This news coincides nicely with our first-ever World Cup appearance in October which is something we can then build on afterwards, both domestically and internationally. We are also excited about legally hosting our first international match in a long time, which will be on October 2 as part of the inaugural Women’s European B championship, when we take on Serbia women in Athens.”

European Rugby League chair, Dean Andrew, OBE, commented: “We are delighted for the Greek Rugby League Federation and congratulate it on their news. It has been a turbulent journey for rugby league in Greece but achieving government recognition as a federation ahead of it’s participation in the RLWC21 signals a new dawn and provides them with a huge opportunity to progress the sport at all levels. We look forward to continuing to support them.”

Cameron Smith shares doubts over Mitchell Moses ahead of return

After round 22, the wooden spoon goes to…