When Greece World Cup squad member Greg Koutsimpogiorgos made his international debut for Greece in 2015 he never imagined he would one day be playing in a world cup or that his younger sister Yiofi would be representing Greece in the national women’s rugby league team.

In fact when Yiofi turned up for her first rugby league training session at Aris Eagles in 2019 Greg pleaded with this writer, the club coach at the time, to tread gently with his little sister as he feared she may get hurt.

“It’s a tough game and when you play yourself it’s different but when you see someone you love play you worry that she is ok,” Greg said.

The family resemblance runs deep, with the siblings displaying a similar style on the field and a reputation for solid defence. Greg says he has tried to provide advice to his sister but admits it’s more about the genes.

“I tried to (give her some tips) but I think it runs in the genes. We are brother and sister, we have much the same body shape.”

“Genes have participated in this outcome as well,” Yiofi added. 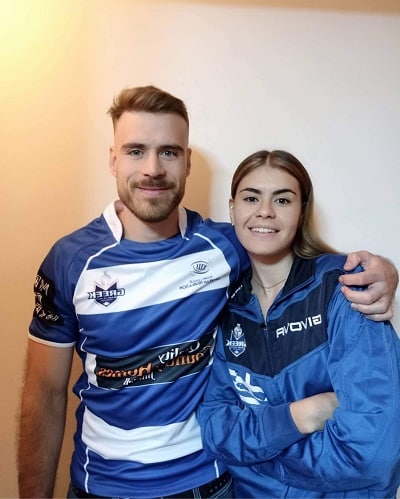 “I’m his biggest fan and have seen many games of his since he started playing rugby, so I look up to him and let his way of playing help me get better with my own moves.”

Yiofi, who was selected in the 19 player squad to play Turkey in 2019, overcame the disappointment of not being selected in the matchday 17 to win a starting spot this year making a solid contribution in victories over Turkey and Serbia.

“It’s a great honor wearing the Greek Jersey representing all the ones you love by doing what you love. Last time in 2019 I was devastated traveling with all the girls of the national team but not participating in the game. This time I was nervous but excited to be part of all this inside and out of the field and tried to enjoy every bit of it.

“I have a lot of trust on my team and I was confident about our win. Of course the kind of victory we had was more than I could imagine and I was super happy and emotional about it.”

For older brother Greg the action is about to ramp up as he and the other members of the World Cup squad move base from Athens to Sheffield. It will be the start of a dream period for the centre/backrower who recently made midnight train trips between Brussels, where his employment is located, and Rotterdam, linking with the local Pitbulls club, to ensure he was still playing rugby league in the lead up to the tournament.

“When I went to London to play Norway in the World Cup Qualifier I was really excited. I was both angry and smiling. I was ready to go but so happy to be out there. 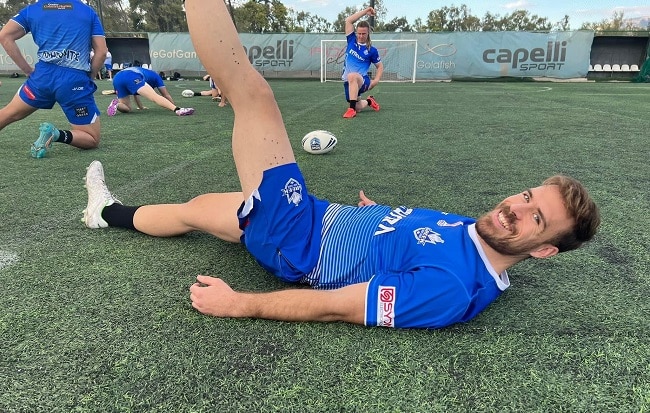 “I feel blessed to have the opportunity to play (in the World Cup) . It’s a once in a lifetime experience. I know there are kids in England, New Zealand and Australia dreaming of a moment like this. I’m just a normal guy from Greece that started playing when I was 21 years old.

“Even being at training when you look around and see Lachy Ilias and Peter Mamouzelos it’s a nice feeling.”

“Having my brother playing at the World Cup is overwhelming. I couldn’t be any prouder and I know he’ll show how much he deserves to be in there. I’m his biggest fan after all,” Yiofi confirmed.