Three Greek players have been selected in South Sydney’s team for the trial match on Saturday against the North Queensland Cowboys at Barlow Park in Cairns.

Hooker Peter Mamouzelos and half Lachlan Ilias are in the starting side for the Rabbitohs, while outside back Nick Mougios will play from the bench.

The trial will be an early opportunity for Greek officials to monitor the form of the three young players ahead of the World Cup due to start on 15 October this year.

Greek Men’s World Cup team manager Terry Liberopoulos said he was pleased to see the three players included in the South Sydney squad for the trial.

“It’s still pre-season and the tournament starts in October so we will have plenty of opportunities to monitor their development.”

Mamouzelos (3 NRL appearances), who was spotted having a chat with Souths legend George Piggins at a Jersey Flegg trial match last weekend, looks to have bulked up during the break. He will be keen to provide backup and competition for NSW and Australian dummy-half Damien Cook this season.

The livewire hooker has played 7 international matches for Greece including the World Cup qualifier against Norway in London where he scored four tries and took man of the match honours. 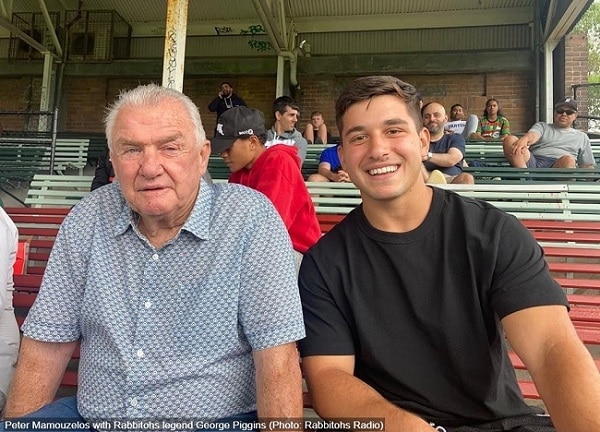 Nick Mougios is yet to break into the NRL side, however he was an integral part of the Greek team’s World Cup qualification journey, playing 6 games for his heritage nation.

All three young men will be hoping to be selected in the Greek World Cup squad of 24 to be named later this year.