Greek Women returning to Turkey on a Rugby League mission

In September 2019 a group of Greek women set off from Athens on a 26 hour bus ride to Edirne, Turkey to create history as the first national women’s rugby league team from Greece.

The enthusiastic Hellas side was defeated 40-4 by a stronger, more experienced Turkish team but the foundations had been set.

Three years later Greece will meet Turkey again in Istanbul with a goal to improve on the previous performance.

“Last time we played an international match, while winning is always the aim, we were happy just to be there and get started,” Head Coach Stuart McLennan explained.

“It was very much the beginning for us and most of the players had never played a full 13 a side match before we took the field.

“I was proud of their attitude and effort on that day but this time around we want to go to the next level. 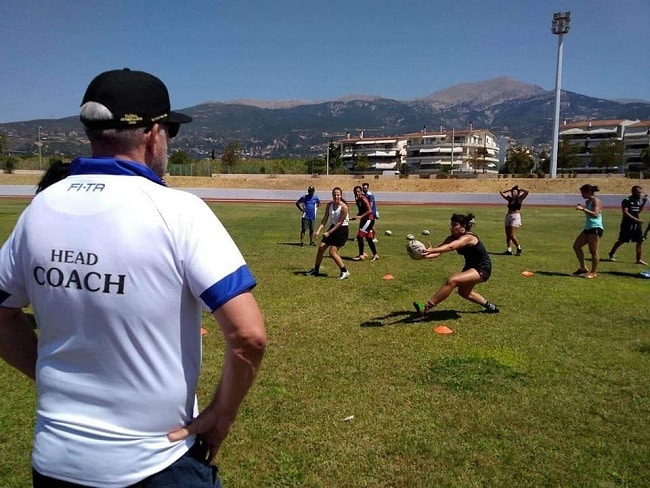 “We expected to kick on with women’s rugby league in Greece following our debut but the global pandemic and other issues scarpered those plans.

“With the Greek Rugby League recently being recognised by the Government as a federation, and eight players returning from 2019, the future is looking much brighter.”

Greece Captain Rania Koutsikou had the honour of being the first ever scorer for the women’s team after she bagged the blue and white’s only try in Edirne.

“I still remember the seconds before that try, when I saw the opportunity, I just said ‘now or never’ Greece has to be on the scoreboard, ‘we have to score now’ and we did. Of course, I feel very proud to be the first scorer for my country but I know that all the team worked very hard for it, Koutsikou said.

“Honestly, it’s an honour to be the captain of this amazing squad. These girls are true athletes, I know the sacrifices that they’re doing in order to be ready for our games, they give it their all and the preparation period convinced me that this sport has a bright future.

“From our first game back in 2019, many things have changed. To begin with, our knowledge of the game has improved, many girls play footy in Greece or Wales and we have a better understanding of its rules. Also, our physical capacity is different, as I said the majority of our girls are true athletes and they are working hard all summer to be ready and play hard. Of course, this has to do with all the good work that our coaching staff has managed to organise for us as well. 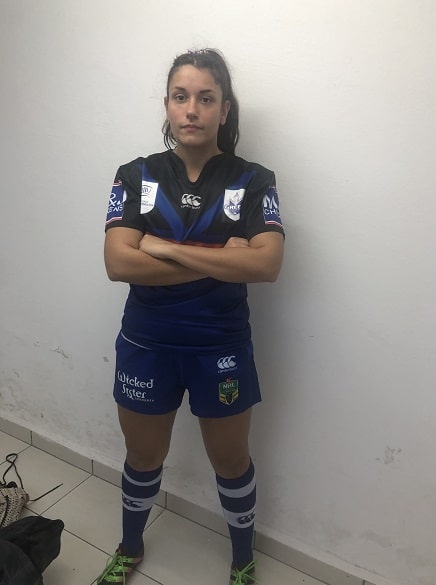 “I like to speak with actions rather than words and all I’m going to say is that you are going to watch a very powerful squad that will give you the opportunity to watch big hits and amazing skills. Our goal is our participation in the World Cup and I’m very optimistic that we can do it and very sure that we will fight until the end for it.”

“With the squad we have assembled and the quality work of our coaching staff I am excited about the potential of this team leading up to 2025,” McLennan concluded.

19 player squad to travel to Turkey