“I think he’s going”: Rothfield on Brooks to Newcastle

This time last year Luke Brooks was on the outer at the Wests Tigers with the club considering whether or not to release him.

At the same time the Newcastle Knights were trying to figure out how to improve their halves situation and rumours began to circulate that Brooks was set for a move to the Hunter.

It would seem that the media or the two clubs involved are going through a case of deja vu as once again reports have linked the 2018 Dally M Halfback of the Year to the Knights.

However, this time around the speculation has been much more prominent with The Daily Telegraph’s Phil “Buzz” Rothfield revealing how likely he believes the move is on The Big Sports Breakfast.

“They [Newcastle] don’t have a halfback and they’re trying to work out a deal with the Wests Tigers that suits all parties and I think it will happen.

“Tim Sheens is in the UK at the moment but I’m pretty sure Luke Brooks will be heading to Newcastle.

Newcastle finished in the bottom four for the first time since they were last wooden spooners in 2017. 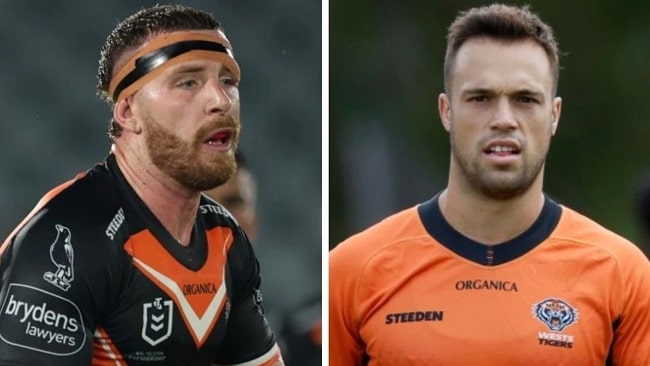 While signing Brooks would display an intent to change and improve the Knights would also be signing an out of favour half from the current wooden spooners.

The primary reason as to why Newcastle would be pursuing Brooks specifically though is because he is the best half that they could get for 2023 and possibly for cheap depending on what deal they can work out with the Tigers.

Current halves Adam Clune and Jake Clifford do have NRL experience but have not played to the best of their abilities one option the Knights could consider instead of signing Brooks is partnering either Clune or Clifford with Kalyn Ponga in the halves which they may do regardless.