International Nines can be a game changer

On November 30, the 2019 Rugby League Nines World Cup was officially announced for the new Western Sydney Stadium (now named Bankwest Stadium}. The presence of state government politicians Adam Marshall and Stuart Ayres indicates that NSW is starting to catch onto the growing appeal of international rugby league, having been critisised for a lack of interest in the 2017 World Cup. NRL CEO Todd Greenberg and RLIF CEO Nigel Wood were also in attendance.

The question long time viewers of rugby league is whether or not this will be the dawn of a new era or simply a false dawn.

Rugby League Nines was originally created to differentiate the format from both rugby union sevens and rugby league sevens (or those old enough to remember the Gatorade Super League World Nines in 1996 and 1997). The format was revamped via the NRL Auckland Nines which ran from 2014 – 2017 with huge crowds turning out before seeing a slip to still respectable levels in its final year.

What’s lesser known is that Nines is actually played all around the world. Developing rugby league nations often find it easier to organise Nines tournaments as oppose to traditional thirteen a side games. The struggle for playing numbers is less of a concern with only one ground needed to host the tournament. Fairly recently, Nines rugby league has been staged in Hong Kong, London, Oslo, Belgrade, Manila, Suva, Accra and Budapest to name just a few locations. 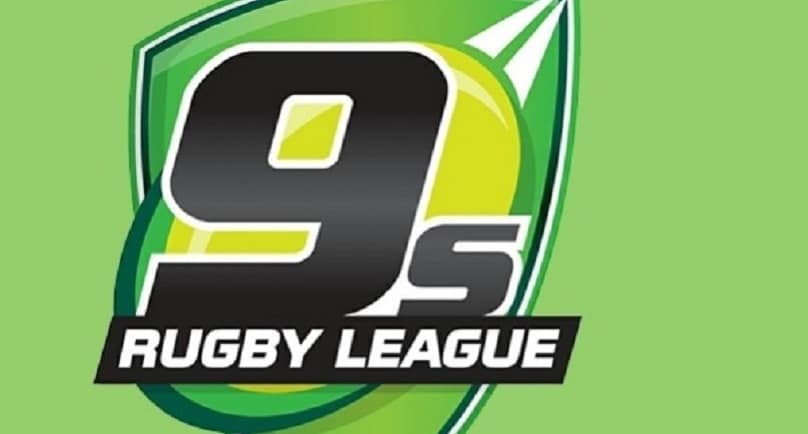 “I think the RLIF should promote Nines as a sport within a sport. Whether it’s national teams or country clubs in Queensland, if you hold a Nines tournament (I prefer this to 9s as grammatically it’s incorrect to put an apostrophe in there and otherwise confusing – I heard a Canadian reporter call it “nine-ess”) you should be made to feel it’s part of an exciting new movement. With rugbyleaguenines.com I’ve been trying log results and enter teams and even player profiles in the back end of the site but there is so much activity it’s almost impossible to keep up. We should be streaming as many tournaments as we can and chasing umbrella sponsorships. It needs to be branded. And a stunning bit of skill from Rotterdam or Orange shared on social media can promote the World Cup Nines. The Brits call it “joined up thinking”.

Rugby League Nines can draw parallels to Cricket. Cricket has always struggled to have more than 10 complete Test playing nations. The long form of the game requires more money, having to pay for accommodation for at least 5 days along with other related expenses. The introduction of the shortened 20/20 format has proven to be a huge success with crowds and enabled developing nations to have a much higher chance of upsetting entrenched nations like Australia and England. Nines provides an opportunity for nations such as Jamaica an opportunity to send a smaller squad overseas and maybe even upset a big-name scalp given the nine minute halves.

When asked what opportunities Nines provides Rugby League that XIII does not, Steve stated that Nines gives us the “same opportunities sevens provides rugby union – a product that is as much about the experience as the actual matches. And it gives the RLIF a second property. Until this year, rugby league’s world governing body had only one full time employee. The RLIF needs more sources of income. My new merch company Mascord Brownz is also doing this by creating a shop on the RLIF website which pays the Federation a royalty on all sales.”

Rugby League fans have been burned time and time again in the past, with optimism downgrading to realism before a moment of self-reflected naivety finally sets it. With other sports around the world going from strength to strength in an ever-smaller world, rugby league simply cannot afford for the 2019 Nines World Cup to be a one-off event that we didn’t follow through with. “The RLIF has the mission to showcase rugby league to the widest audience possible and through initiatives such as this, we are supporting that mission”. At the risk of sounding like a sceptical observer, rugby league has blown far too many opportunities in the past for us to wholeheartedly believe in words. Actions and results are the only things that can restore faith in the direction and growth of the game.

It is also crucial that the tournament makes money, which means us purists may need to give up our unrealistic expectations of most teams fielding teams full of genuine domestic players.

“It should focus on making money by using heritage players. A Nines World Circuit, which I honestly believe will happen, would use resident players and rankings in that would determine World Cup qualification in future. The Nines World Cup is there to make money.” Says Steve.

I hesitate to write this, but the tournament may need to be a little socialist given the inequity between countries like Australia and smaller participating nations. If all the prize money goes to “tier 1 nations”, the benefits to other participants will be greatly diminished. When prompted on whether not he shares the same opinion on this issue, Steve went on to state “I have no strong opinion on this. I do understand that many countries will need significant underwriting to attend. Jamaica, for instance, can’t afford to travel to Sydney as we stand here now. So, a big proportion of resources should go in guarantees so it’s not just a coalition of the wealthy.”

For those curious about who actually won the Gatorade Super League World Nines all those years ago, the answer is New Zealand, having beaten Papua New Guinea in the 1996 final and Western Samoa in the 1997 Grand Final.