Newcastle-upon-Tyne is one of England’s great cities, especially when it comes to sport, so it was good to see the city be awarded three additional Rugby League World Cup 2021 games this week.

The iconic St James’ Park, home of Newcastle United, will host the opening ceremony and England’s first game of the tournament.

But now there will be further games played at Kingston Park, the home of Newcastle Thunder as well as the city’s rugby union club.

The move comes after confirmation earlier this summer that West Cumbria would not now be hosting any games.

A proposed 8000-capacity stadium in Workington was deemed to be unsuitable by Allerdale Borough Council.

“We are very pleased to be able to confirm Kingston Park as a host venue for our event in 2021,” Jon Dutton, chief executive of RLWC2021, said.

“Newcastle is already playing a critical part in the tournament and we are delighted to add a further three high-profile matches in the city.

“Given the disappointing news regarding the withdrawal of Allerdale, we wanted to ensure that the replacement venue was within reach of West Cumbria,
whilst also offering rugby league and sports fans the opportunity to have a broader offer in Newcastle that will add to an already exciting opening weekend.”

“With Newcastle now hosting four matches in the men’s tournament, as well as the opening ceremony, the city will play a huge part in the 2021 Rugby League World Cup. 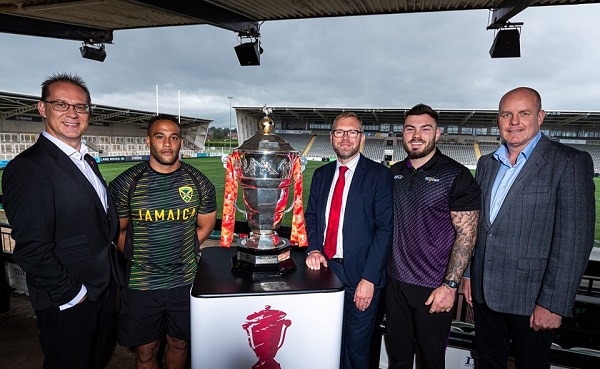 After all the excellent work that has been done in recent years in the North East, it would have been almost criminal to have ignored that region.

It is also good to see that a game will take place in nearby Middlesbrough too, giving fans in the region another option when it comes to getting to a World Cup game.

The North East England competition has developed massively over the last decade or so, with teams like Cramlington Rockets very much at the forefront of that progress.

The competition has also, significantly for the international growth of rugby league, offered a pathway to Scottish clubs.

The Glasgow RL club is also considering entering the North East pyramid too.

Given that Scotland have, somewhat bizarrely, been playing many ‘home’ games in West Cumbria, let’s hope the schedulers put at least one Scotland game in Newcastle, should the Scots manage to qualify for the tournament.

Newcastle is on the way to becoming a proper rugby league city in the near future.

This announcement should help the city speed on its way on that journey, and this decision should be welcomed.