Jacksonville Axemen have won their fourth USA Grand Final in their 17 year history, defeating Tampa Mayhem 36-12 in the 2022 decider.

Winger James Williams posted a hat trick for the Axemen, Justin Williams and Steven Hill crossed twice, Josh Westerlund and Vashon Mars with their other tries.

Axemen co-founder and general manager Drew Slover commented: “I’m proud of the team for how hard they have worked all season. Coach Sean Rutgerson did a great job developing some new young players and it’s great when the work pays off with a championship. 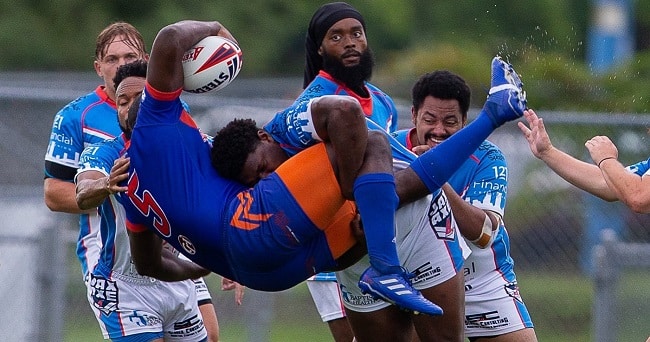 “Tampa caught us sleeping last year and went on to win the title but we were determined not to let that happen again,” Slover added. “It’s not an easy feat to go up against a team as good as the Mayhem three times in a season. Now we can take the momentum from the win and keep building for the future.”

Tampa co-founder, coach and manager Billy Neilson was understandably disappointed with the loss. “Jacksonville deserved it, congratulations to them.” he said. “We picked the wrong day to have our worst game of the season. We knew going into it we couldn’t make many mistakes, Jax is too fast and disciplined to give them extra opportunities. We didn’t take care of the ball and couldn’t complete sets. They turned our mistakes into points and pulled away in the second half.”