Jacob Smillie has recently made a return to Rugby League after pursuing a career in American Football.

The 24-year-old parted ways with the Swinton Lions in May of last year to embark on a journey that he hoped would end with a spot on an NFL roster.

He has since returned to Rugby League for Wigan’s reserve team but is now looking for a club for 2023.

Smillie recently spoke to Everything Rugby League about the past year and a half where he revealed why he wanted to try to make it in the NFL in the first place.

“It was a once-in-a-lifetime opportunity,” said Smillie.

He was then invited to the NFL’s International Combine in October 2021 at the Tottenham Hotspur Stadium in London and recounted what he enjoyed about the experience. 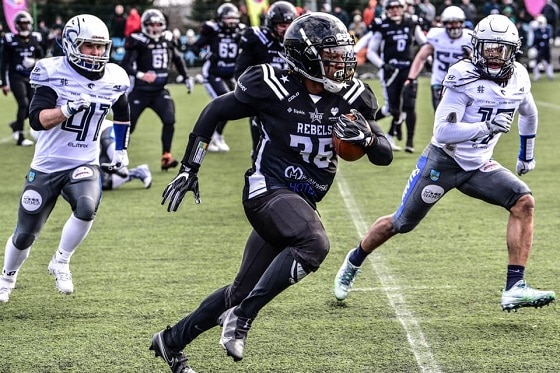 “I got the 4th fastest 40-yard dash and the fastest time out of the running backs who were in the combine.”

Smillie may not have earned himself an NFL contract but can take pride in the fact that he was the only athlete from West Yorkshire at the combine.

His gridiron journey was not over at that point though as off the back of his efforts at the NFL combine Smillie was invited to the Canadian Football League’s Global Combine and was honoured to have the chance to try and secure himself a CFL contract.

“This league [the CFL] is the second-highest football league in the world so it was a good opportunity,” said Smillie.

“Dwayne ‘The Rock’ Johnson played in that league.”

Eventually the winger would end up in Europe and eventually join a team in Poland.

“I did a mini-camp with European Football League team Stuttgart Surge in Germany then signed with Silesia Rebels in the polish league,” said Smillie.

“It was a good experience to play.”

He played as a running back and revealed what goes into playing in such a crucial position.

“As you can imagine being a Running back is a highly skilled position in football and the playbook must have been around 150 to 200 pages, so it was a good challenge to learn on the job and pick things up,” said the former Swinton Lion.

After a journey that has taken him far and wide Smillie has chosen to return to Rugby League and will look to help younger athletes achieve their goals in the future.

“I feel it’s the right time to make a return,” stated Smillie-Bastien. 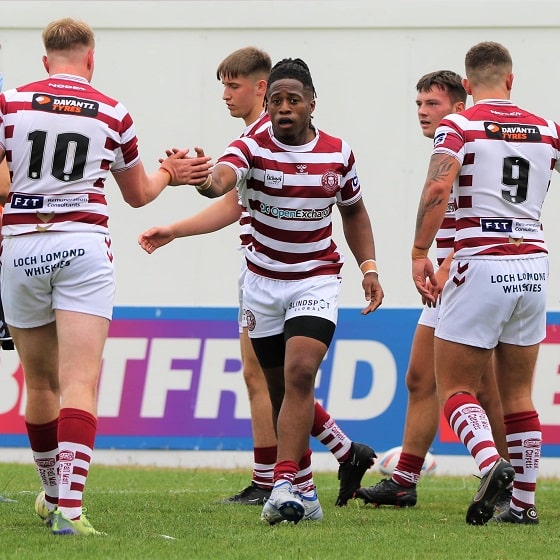 “I enjoyed my stint in Football and I feel it’s time to go back into the sport and to play at the highest level I possibly can.

“Since I got into Rugby at 18 my dream has always been to encourage young athletes to follow their dreams and age is no barrier.

“An aim for myself would be like I said to play at the highest level I can in Rugby.”

Now that Smillie is once again fully committed to Rugby League he will likely have multiple clubs in the United Kingdom chasing him for his services.