One of the most anticipated aspects of this year’s Rugby League World Cup is the tournament debut of the Jamaican men’s national team who qualified back in 2018 when they defeated the USA Hawks in Jacksonville 16-10.

When considering Jamaica’s Rugby League journey the feat of them qualifying for the World Cup becomes all the more impressive.

In July of 2004 the Jamaican Rugby League Association was officially formed and the nation’s attempt to grow Rugby League began.

The following year would mark the inaugural season of Jamaica’s domestic Rugby League competition which had just four foundation clubs but has since grown to seven with another eight battling it out to be the next expansion side.

Four years later in 2009, the Jamaican men’s national team would make their International Rugby League debut in a losing effort to the team they defeated to qualify for the World Cup in the USA.

Not only are the Reggae Warriors making their Rugby League World Cup debut this year but they will also be the most recently formed side to take part in the men’s tournament.

The JRLA’s Director Romeo Monteith recently spoke to Voice Online UK’s Rodney Hinds about the impact of COVID on Jamaican Rugby League and the future of the game within the community in early February.

“Our rugby league community has been devastated by the long absence from playing and at least now our national players can officially resume preparation for the World Cup and other international events we are planning for the year,” said Monteith. 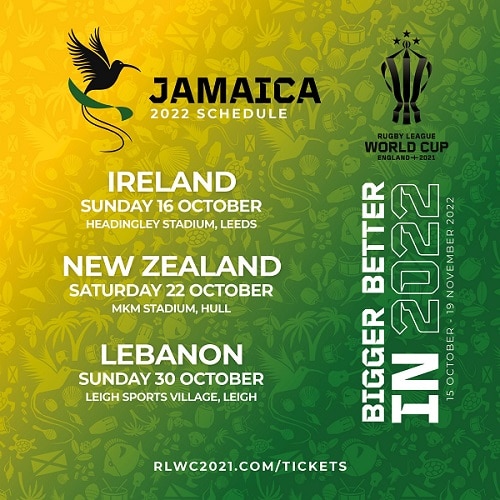 “We continue to ask our wider members to be patient and exercise good judgement as we await further improvements in the health situation and a return to community and school rugby league.”

Jamaica has undoubtedly been drawn in a tough group for the Rugby League World Cup as they will be in group B alongside Ireland, Lebanon and former champions New Zealand.

They will find advancing beyond the group stage a big challenge but certainly not impossible when they take the field in October.