NSW State of Origin playmaker Jarome Luai has confirmed that he will line-up for Toa Samoa at the IRL World Cup in England later this year.

Luai is the latest member of last year’s NRL premiership winning Penrith team to pledge his allegiance to the Pacific nation.

The 25-year-old will join Panthers and Blues team-mate Brian To’o in a star-studded Samoa team which is also expected to include Maroons and Raiders prop Josh Papali’i.

To’o recently declared he would play for Samoa but Luai wanted to wait until the Origin series was over before announcing his intentions.

The pair, who grew up together and are close friends, have previously played for Samoa but were in contention for Kangaroos selection.

“I am going to play for Samoa. It is who I am, and it is how I was bought up,” Luai told NRL.com.

“I know I live in Australia, but it is just a way of life for us. We are really connected to our Polynesian side as well.

“It’s how we grew up in the Samoan community and Samoan churches. It’s instilled in us. Hopefully we don’t get judged too badly for that.” 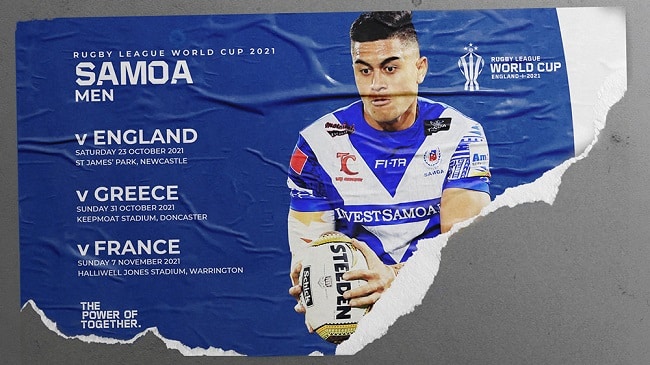 Samoa take on England in the opening match of the World Cup on October 15 at St James Park, Newcastle and could have up to eight current or former Panthers in their squad.

May’s brother Tyrone, who now plays for Catalans in the Super League, is another member of last year’s NRL grand final winning team eligible for Samoa and he has already played one Test in 2018.

To’o, who has used his NRL earnings to buy his Samoan-born parents a house, said it had been a difficult decision but he wanted to represent his family heritage.

“Family and culture is everything to me and it is pretty beautiful what we can do by representing my Samoan heritage,” To’o said.

“I love my people and I will always play for my people for free any time of the day.

“I am really grateful to not only be able to play for my family and friends on and off the field, but everyone here at the Panthers club and also Samoa, as well.”