The Kangaroos are the first nation to announce their line-up for the opening round of World Cup fixtures, beginning this weekend.

Sydney Roosters fullback James Tedesco will captain the Kangaroos for the first time. 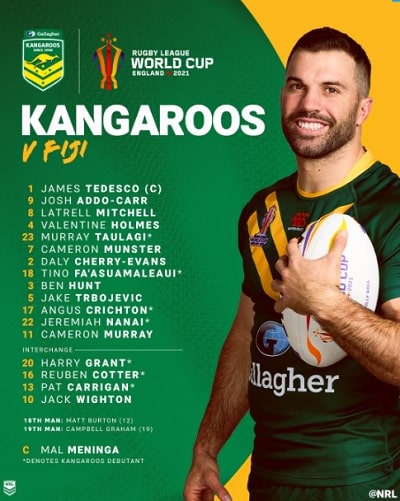 “This is an extremely strong team and suits what we are trying to achieve over the whole tournament,” Meninga said. “We have three pool matches and I aim to play every player during the pool matches.

“The grand final players will not play against Fiji, while a number of the players we have named have not played in weeks. It’s important to give them match time as we look at our combinations.

“All of the players who will not play against Fiji will play the next match against Scotland.”