London Calling for the Greeks and Vikings

Greek Rugby League has received a much needed boost with the announcement that the national team will play Norway in London on May 18 to determine which nation will advance to the final group stage of the 2021 World Cup qualifiers.

President of the Greek Rugby League Association George Stilianos told Everything Rugby League he is extremely pleased about the venue announcement.

“It will be a great experience for the players to get to play a match in London before a Super League or League One match.  We are all very excited about that!”

Greece finished top of the European C South Group after defeating Ukraine and Malta while Norway beat the Czech Republic then Germany in spectacular fashion to take out the honours in European C North.

The winner of Greece vs Norway will advance to the final group stage and the likelihood of being one win away from World Cup qualification.

Six teams in two groups of three nations will then be cut down to four for a place in the 2021 World Cup. 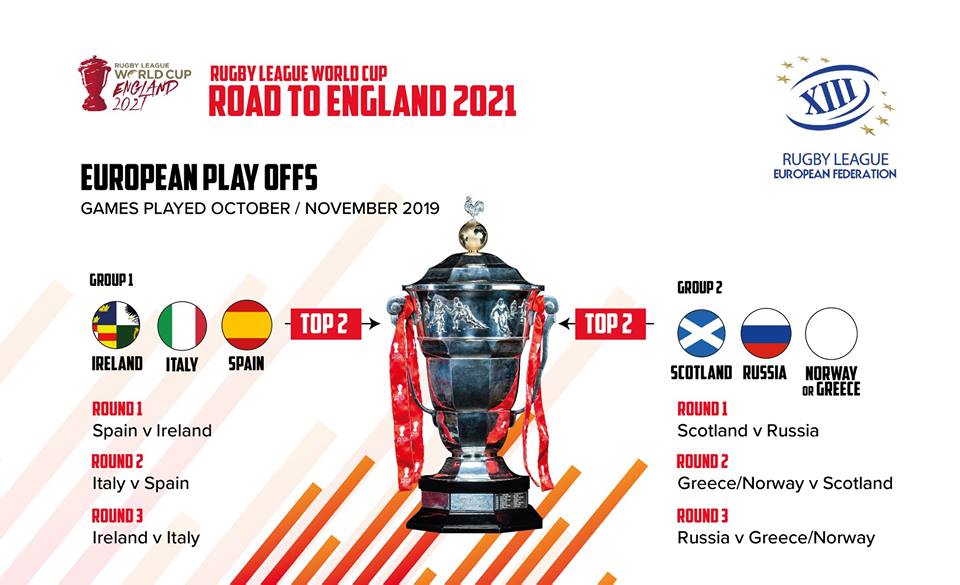 Both Greece and Norway officials are likely to be pleased with being drawn in Group Two with Scotland and Russia the other nations. Group One includes Ireland, Italy and Spain. Italy played in the 2017 World Cup and will have a quality pool of heritage players to call on if needed.

“It was definitely the draw we were hoping for. No disrespect to Russia, we expect them to be tough, especially at home, with the harsh weather conditions and home fans etc.  But we know how strong Italy can be, they played in the last World Cup and have some professional players that they can call upon. But, we do not want to get ahead of ourselves, for the time being and until the 18th of May, we are 100% focused on Norway and only Norway,” Stilianos said wisely.

The positive news for the Hellenic nation comes on the back of disturbing revelations by Everything Rugby League that the RLIF sanctioned domestic rugby league competition in Greece is being regularly threatened by a disgruntled former official under the guise of the Hellenic Federation of Modern Pentathlon.

While the Greece vs Norway match will see a majority of domestic players and a maximum of four heritage members in each squad, it is believed that it will revert to a fifteen heritage player maximum at the final group stage.

However Stilianos has confidence in the strength of the Greek domestic league which has continued to grow and develop despite the difficult environment.

“I don’t believe it will be only two domestic league players, I believe we will have more. I would hope that we can have approximately a 50% domestic team should we progress to that last phase of qualifying, but ultimately that will be up to the coach to decide.

“It’s (the domestic competition) going well. Five teams (in the championship) this year and we have already played six matches. Our three top teams; Rhodes, Aris and Attica are having very competitive matches between them now, nothing separates them anymore.  Our two newer teams, Patra and Larisa are a bit behind them, but improving with every match. Aris and Patra have added women’s teams and played their first-ever match together in November, and the plan is to add more (men’s and women’s) teams in 2019.”

In another exciting development for Greek Rugby League, Aris Eagles will compete in a revamped 2019 Balkan Super League competition after finishing mid table last season. The ambitious Athens based team has been on the rise over the last nine months and will relish the opportunity to test themselves against the best clubs in the Balkans.

Further announcements around the 2019 Balkan Super League are expected to be made by the end of this month.