Barrow Raiders half back Jarrod Sammut is set to earn his seventh cap for Malta when they take on international debutants Montenegro for the Medieval Shield todays (Saturday 14 May), at Mosta FC’s Charles Abela Stadium, (kick-off 7pm local time).

Sammut made his debut for the Maltese in 2006, was part of their 2011 European Shield side, and played in the 2018 Emerging Nations World Cup together with two Tests a year later scoring seven tries, 19 goals and a drop goal in total.

The most experienced player on display, Malta head coach Roderick Attard’s squad also includes six debutants including 17-year-old Kyle Gauci from Siggiewi, who is studying at college for an Advanced Diploma In Sport and has been a shining light at Malta training sessions over the past six weeks.

MRL president Jean-Pierre Zarb is also named, having been part of the Euro D side that played in Turkey last year. He made his debut as a winger against Greece in 2014. “This will be our first match on home soil in four years,” he said. “I am extremely excited about showcasing this sport again to the Maltese people.”

The bulk of the inaugural Montenegro squad come from RLC Arsenal in Tivat, but they are bolstered by three players from Red Star Belgrade in the Serbian League. They have been preparing for their debut on campus in the Serbian city of Niš together with Serbian RLC club Radnicki Nis before flying in to Malta. 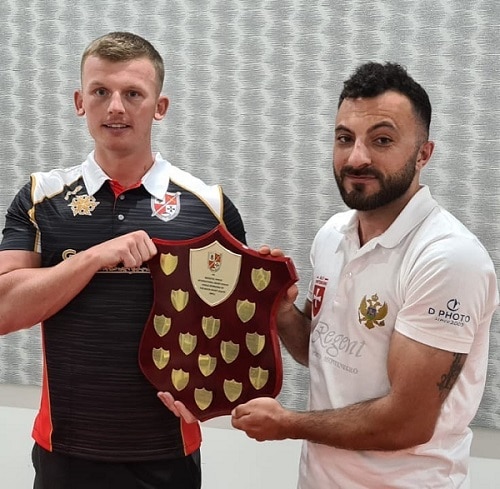 Montenegro RLF president Igor Adzaip commented: “Since 2018, huge effort and commitment had been invested by the everybody in the Montenegro Rugby League Federation and we have successful clubs who perform in regional competitions. We are sure that it will be the same with our national side which definitely has a lot of potential to produce excellent results.”

Montenegro head coach, Ian Giddings, added: “Our players have trained well and we are all eagerly looking forward to what we anticipate will be a keenly contested match. It is great to see the continued expansion of rugby league internationally.”

Czech Republic’s Jaroslav Bzoch has been appointed by the European Rugby League to officiate and the match will be livestreamed here.