Meet Kim Williams: The coach with the toughest job in rugby league

You can’t say Kim Williams is afraid of a challenge.

In June last year he agreed to join West Wales Raiders, which play in League 1, the English third tier, as coach. In 2018 the Raiders finished bottom of the competition, without a win from the 26 rounds.

The wooden spooners conceded on average 81 points a game, and could only muster on average 6.7 in response. This nightmare season included 144-0 and 130-0 drubbings at the hands of York City Knights, 124-0 and 104-0 losses to Bradford, and 102-6 defeats to both Doncaster and Oldham.

This campaign of woe saw coach Jon Ellis leave in April. Out of the 38 professional clubs in the UK, West Wales were by far the worst.

Enter Aussie Williams. Call him crazy, call him mad, call him eccentric, but it was actually the former Central Queensland Capras boss who contacted the Raiders and chased up the position.

“I made the approach to them,” he explains.

“I follow all the UK leagues, so I’ve always had an interest because I season over here 25 years ago at amateur level with Rotherham. I’ve got family there and it became a bit of a footy-playing holiday, so I’ve had a genuine interest in the growth of the game over here for a long time.

“I’ve got Welsh heritage on my dad’s side, so that was part of the motivation there to get to Wales, see what it was all about and help grow the game. I made the approach just based on reading a few articles, and being a bit sympathetic towards their struggles, but I thought they had some good things in place.

“I took notice of their links to a couple of college and university programmes. We’ve got an Under-16s academy there and have put a real focus on creating strong pathways since I’ve been there.”

Williams arrived in Llanelli at the end of last year with a wealthy degree of experience and success down under behind him. In the 1990s and 2000s he worked in development roles in Adelaide and Perth.

For five years he worked under Craig Bellamy at the Melbourne Storm as the NRL club’s high performance manager. There he learned off the four-time NRL grand-final winner mentor and off elite players such as Cameron Smith, Billy Slater and Cooper Cronk.

Williams then joined the underachieving Mackay Cutters in the Queensland Cup in 2013 and led them to a minor premiership and a grand final win in his first season. 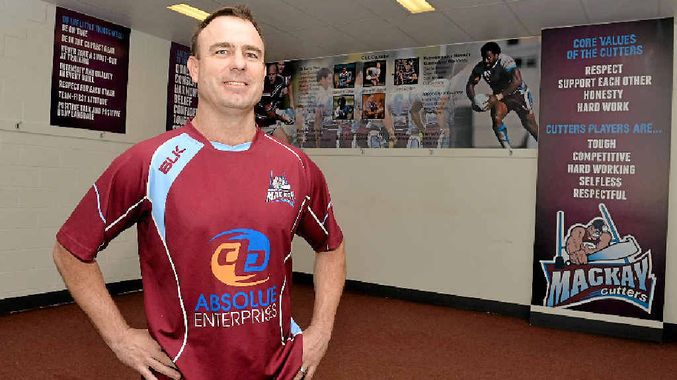 For the past three years he has coached the Capras. Over the past decade Williams has built a solid reputation as one of the best coaches outside of the NRL.

“But when it’s time to work he’s very intense, he works very hard long hours and is really methodical in his preparation. He made me look at the game differently in terms of how hard players are working off the ball and look at attention to detail in every single area.

“He’s really big on culture and standards and you can tell he has been in the Melbourne system he has been successful everywhere he has been and probably doesn’t get the credit he deserves in Australia because he isn’t a big name.

“Winning a premiership with Mackay Cutters against all those Brisbane big-hitters is a remarkable feat, but also his impact on players such as Micheal Morgan and Jason Taumalolo, who he had in that Cutters side, shouldn’t go unnoticed.”

Williams has hit the ground running and rolled up his sleeves since his move to the UK. Unafraid of the size of the task ahead, the coach has fully embraced it.

“I’m really enjoying the lifestyle in Wales and the people are really friendly,” he admits.

“The attitude and friendliness is something I find similar to Queensland people and everyone says hello and seems interested in what I’m doing over here. They hear my Australia accent and are a bit curious about what an Aussie is doing in Wales.

“But I talk rugby league to them and they have a general interest in rugby, so we’ve created a fair bit of publicity for the club in a positive during pre-season. That’s excellent for the growth of the Raiders and for me personally, I’m enjoying the challenge.

“We’ve seen some significant changes in the club during the three months of pre-season and I’m certainly hoping that will be reflected in the results on the field. We’re not making any bold statements about many games we intend to in or anything.

“We just need to be competitive and I think we’ve taken some pretty good steps to that already.”

League 1 should be a much more even competition in 2019 with the departure of both York and Bradford into the Championship. Hemel Stags have also dropped out of the competition, leaving just 11 teams.

Williams’ knowledge of elite systems and tactics, after his time in Melbourne, should serve the Raiders in good stead. But he is not making any big claims.

“There’s probably a lot of people who would say the only way is up for the club… I think I can make a difference.”

West Wales have had a nomadic existence since they started life as South Wales Scorpions in 2009. They moved from home ground to home ground and were rebranded as South Wales Ironmen for the 2017 season. Then Andrew Thorne, the owner of amateur side West Wales Raiders, took over the club and rebranded it to its current moniker.

After surviving the catastrophic 2018 campaign, there is hope that 2019 will be better. Williams has set about changing the culture, focusing on developing local players and building pathways with local universities and community clubs.

It’s an approach that shows the Aussie is there for the long haul. If anyone can improve the Raiders on and off the field, it’s Kim Williams.

“I think the future’s quite rosy down there,” he says.

“We’ve just got to build on the momentum we’ve created in pre-season. Results on the field will help that but it’s not the be-all and end-all for us, we’re just putting things in place that will sustain for us the future.

“Not just sustain, but to improve in the future. There’s potential for it to be a really strong club and definitely fill a void in the Welsh rugby league system.”