They have appointed former Norway head coach Dave Hunter to the role on a two year contract beginning in May, which will include the next stage of qualification for the 2025 RL World Cup in France.

Hunter has been in charge of Norway since 2017, taking them to winning the Nordic Cup that season and Euro C North in 2018, as well as in two successful matches in the qualifiers for the forthcoming 2021 World Cup. He is also head coach and a player with Lillestrøm Lions, who he took to a domestic title.

Matt Rigby, NRLB operations director, commented: “We are delighted to bring someone of Dave’s pedigree into our set up in preparation for the 2025 RLWC Qualifiers next year. The recruitment process for Kane’s successor commenced just before Christmas and has been a new and difficult process for us as a board in finding a successor. 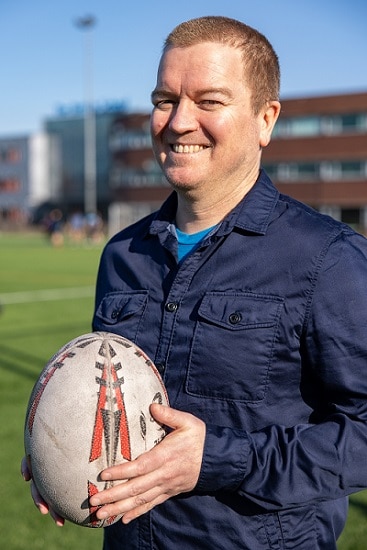 “Kane has done a massive job for Dutch rugby league and we could not be more grateful to him for all of his hard work and efforts to bring us to this point, and in creating a dynamic culture that has put the Netherlands on the rugby league map. We now look ahead to a new era and believe Dave’s signature is a major coup. It will be a new process for all of us and there is huge excitement as to what the future holds for the sport here.”

Hunter said on accepting the role: “I’m really looking forward to this next challenge. Kane has done an outstanding job in coaching and developing the squad and I look forward to building on his hard work. I’m excited to get to know the players and, from what I’ve seen, there are some talented guys running around in the domestic league here. We’ll plan to have a couple of good hit outs this year in preparation for next year’s Euro B competition which is going to be a massive challenge but one I’m sure everyone is up for. I can’t wait to get stuck in.”