Glasgow is still an evocative name in Britain.

Scotland’s largest city still carries its reputation for disorder, both political and criminal, for sectarianism, especially in sport, and for its own unique wisecracking, heavily verbal humour which has become one of its major cultural gifts to the world.

But rugby league? That is not something that Glasgow is renowned for, despite the best efforts of clubs like the now demised Easterhouse Panthers.

In many ways, one would think that rugby league is much more suited to the industrial west of Scotland than it is to the traditionally more sedate setting of Edinburgh.

Glasgow and its surrounding areas have always been brashly proud of being working class, and the coal mines, shipyards and other heavy industries that used to dominate the city still cast a massive cultural shadow.

That sort of industrial background will seem very familiar to most heartland rugby league fans.

Rugby as a sport, though, has only recently been taken to by Glaswegians, with the Glasgow Warriors rugby union side producing many of the current Scotland national team’s top players.

The word rugby in Glasgow is still frequently associated with toffs from private schools or country folk from the Borders region, even though the traditional demographics associated with the 15-man code in Scotland have been changing in recent years.

So establishing rugby league in the region is a tough ask, the kind of challenge that appeals to Glaswegians, in fact.

One Glaswegian who is ready to rise to the challenge is Nick Thorburn, a committee member and founded of the new Glasgow RL club.

“Obviously, there’s not been any rugby league for a couple of years due to the unfortunate folding of Easterhouse Panthers,” Thorburn told Everything Rugby League.

“We’ve fully completed our season. We’ve fulfilled all of our fixtures apart from one, which is bonus.

“So the first season has been quite successful.

“We’ve got a core set of players too that are at every training session, so the commitment’s there.

“So it’s about pressing on from there.”

The Eagles have reached the North East Grand Final in 2019, and have really put down a marker in that competition in terms of their quality.

Thorburn hopes that Glasgow can take a similar pathway in the near future.

“Hopefully at some point, yeah,” he said, when asked if Glasgow would seek to enter the North East England competition.

“Edinburgh have about two years on us, in terms of having a full squad and being able to have a a bigger playing pool to choose from.

“The idea is that hopefully by year three we would be in a league structure.

“We’ll more than likely be in the North East Cup next season, and continue playing in the Scottish league.”

If rugby league is to succeed and to put down proper roots in Scotland, it is in ‘mother Glasgow’ that it will need to flourish.

Glasgow is a big city with a huge hinterland that covers much of Scotland.

Scotland’s largest town, Paisley, lies immediately to its west, and the city’s cultural reach extends into Ayrshire in the south, Lanarkshire in the east and the southern Highlands and islands to the north and west. 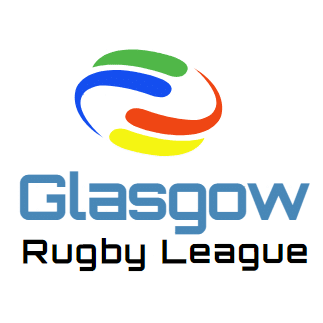 Establishing rugby league in Glasgow therefore opens up a huge potential audience for the sport.

Thorburn agrees that it is vital rugby league puts down permanent roots in the ‘Second City of the Empire’.

He is also acknowledges, though, the tough challenge that rugby league faces from, not rugby union, but football.

The way that soccer dominates Scottish life, especially in the west of the country, is something that is hard to explain to people from elsewhere.

In Glasgow, you have the added complication of the two major teams having a ethno-religious basis to their support.

The old divide between Scottish Protestant and Irish Catholic is still expressed through Rangers and Celtic.

That is another thing that adds to the complications of building a club, as Thorburn admits, but it is a challenge he believes his club is meeting.

“It’s quite difficult in Glasgow, because everything’s Rangers and Celtic,” he said.

“I’m a Rangers supporter myself! All the guys on the team are interested in their football clubs as well.

“In the social media streams we’re having to deal with that too.

“I put out a tweet asking for sponsorship the other day, and there was an amount of people that were popping up saying that they did like rugby league, but football was their first love.

“It is quite difficult for that side of things.

“But the majority of the guys are either ex-football players, or guys who played rugby league back in the day who want to play again.

“So it’s been good to get some new blood in that’s football orientated, and we’ve been able to show them that rugby isn’t just what they see on the BBC during the Six Nations.

“There is a better version of the sport out there.”

Glasgow’s old motto, taken from the words of Saint Mungo himself, might be an appropriate way to round off this tale of persistence and perseverance.

‘Let Glasgow flourish!’ is surely an exhortation that all lovers of the Greatest Game can get behind.