New Red Star mentor has coaching running through his blood

The Serbian Rugby League head office is smack bang in the middle of one of the capital’s busiest squares and if you take the lift up to the second floor most likely there will be someone willing to bend your ear about the greatest game of all over a couple of ales for hours on end.

The Serbian domestic competition is the benchmark for all Balkan countries to aspire to.

The club at the top of the local championship is Red Star Belgrade.

In 2017 Australian engineering consultant Colin Kleyweg bought into the rugby league part of this famous Serbian sporting club providing his business acumen and relationship skills along with financial backing.

Since Kleyweg, who is also a Rugby League European Federation (RLEF) director, has been at the helm, three Australians have taken up the role of Head Coach at Red Star. In 2018 the club has won everything on offer including the Balkan Super League and Serbian Championship both times defeating arch rivals Partizan Belgrade.

Following his successful stint with the red and whites ex Gold Coast mentor Phil Economidis has returned to Queensland to take up a role with the Pittsworth Danes. Experienced coach Trev Smith set the platform for the team earlier in 2018.

Enter Brett Davidson, charged with the task of taking Red Star to the next level and a historic and much publicised debut in the Rugby Football League (RFL) Challenge Cup.

Red Star, who have agreed to play their first two (if they get that far) rounds away, have been drawn against Cumbrian club Millom. A game that is intriguing in many ways, but not the least because it pits the Challenge Cup newbies against the oldest amateur rugby league club in the world having been formed in 1873.

Davidson came to Belgrade after being persuaded by Serbian Australian mates to get involved with the Serbian team which competed in the European Under 19s Championship in August this year finishing fifth. From there it was on to coaching the Serbian national senior team which missed out on progressing through the World Cup Qualifiers after an unlikely loss to Russia when the Serbian heritage players and Davidson were denied visas and then not winning by the required margin against Spain at home.

It was enough for Red Star management to see Davidson’s potential and hand him the clipboard for 2019. 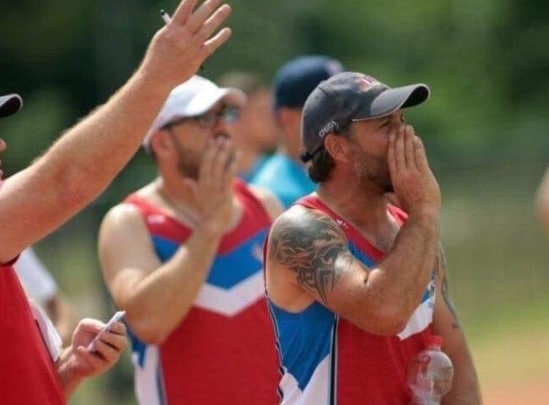 “I played both Rugby League and Rugby Union growing up with my school Marist Brothers, went through the junior Raiders teams from U15’s – U21’s, then the Super League/ARL war came about and I ended up with the Adelaide Rams and then St.George, Davidson told Everything Rugby League.

“My late father and myself had a different view on the game & how it could be played, coming up with different styles and actions, always trying something new, he once told me that I need to coach, that has stayed with me and is something I have always dreamed of, so this is a very exciting time in my life.

“He ((Dad) was a player and went on to become a Level 4 coach in Australia, he started many a young player on the road to the ARL/NRL coaching the U15 Raiders Harold Matthews teams & later became the St.George Development Manager, he signed Mark Gasnier to his first contract.

Given Red Star’s success and what lies ahead you could be forgiven for thinking that Davidson might be weighed down by the pressures of expectation however he is taking a philosophical approach to the journey.

“This will definitely be both the most exciting & testing moment for Red Star, we need to improve in every aspect, which is the goal of every team, every session anywhere in the world, so as cliched as it sounds, this is our aim and we are extremely excited at the prospect of what lies ahead.

“No pressure at all, it’s more excitement as I know we have the full support of Phil and Trev. We are looking forward to not only honouring the time and effort they put in, but taking it forward. I struck up a great bond with Phil while he was here. He’s an extremely knowledgeable man and always been ahead of the game. We talk a couple of times a week, so having some time to pick his brain and knowing he’s only a phone call away to tell me to pull my head in isn’t pressure, it’s priceless.”

Whatever the outcome for Red Star it appears Davidson won’t be rushing back to Australia anytime soon having settled into the Belgrade lifestyle.

“We started something here and I want to keep it going, the future is bright and being able to actually make a difference is a major driver for me. Everyone I’ve met here have really made me feel at home, like family even, which has helped immensely in making this experience so special, I’m even helping out in a mates Kafana/Bar sometimes, I’ve made friends for life here.” 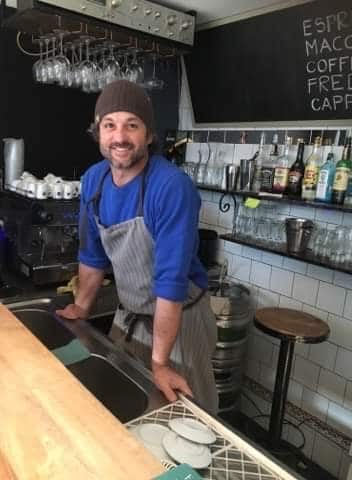 Red Star will play away at  Millom RLFC at 1:30pm on 27 January 2019 in the first round of the Challenge Cup