The Wests Tigers are currently still the second-youngest active club in the NRL, officially joining the competition 22 years ago.

Despite this, they have still managed to build a proud history separate from that of the Balmain Tigers and the Western Suburbs Magpies.

Following four years of mediocrity between 2000 and 2004, the Tigers did the unthinkable in 2005 by winning their first and to this point their only NRL premiership after never even appearing in a finals series before.

It was arguably the biggest underdog story we have ever seen in Australian Rugby League and set the standard for future Tigers teams to try and meet.

Throughout the very early 2010s, the club would come close to exceeding the team from 2005, as they not only came close to a premiership but did so by consistently being one of the best teams in the competition, finishing in the top four in 2010 and 2011 before missing the top eight in 2012 after being the favourites to win the competition at the start of the season.

Unfortunately, this shocking tumble down the ladder would not be rectified and is still plaguing the Tigers today as they have not played in the finals for nearly 11 years.

However, the club has made a few signings for season 2022 and while their finals drought is not tipped to end, the potential is there for some serious growth.

Since 2014, Luke Brooks has been the focal point of the Tigers attack at halfback and throughout the years has been criticised and blamed for the club’s lack of on-field success.

Whether or not said criticism has always been warranted is up for debate, but in 2021 the Tigers realised that they needed to change their halves situation so that the burden of controlling the side offensively was not solely on Luke Brooks shoulders, so they decided to sign 2019 Man of Steel Jackson Hastings from the Wigan Warriors.

After an ugly exit from the Sea Eagles in 2018, Hastings instantly became a star in Super League for Salford and then Wigan, maturing as a player and is now looking for redemption in the NRL.

England International Oliver Gildart is a former Super League Young Player of the Year award winner and World Club Champion with Wigan who is now looking to prove himself in the NRL.

The Tigers have had some trouble with finding a centre that can sustain a high level of form for a prolonged period in recent years, constantly rotating the squad to try new options in the position.

Gildart will be hoping that he can make his mark and cement himself in the role throughout 2022.

Moses Mbye’s move to the St George Illawarra Dragons left the Tigers lacking someone with versatility in the squad, before signing the perfect replacement in Tyrone Peachey.

Peachey is the quintessential 14, with the ability to play in the centres, halves and at lock.

He will likely start the season off of the bench but could make a move to the centres if Oliver Gildart does not adapt to the NRL as quickly as the Tigers are hoping. 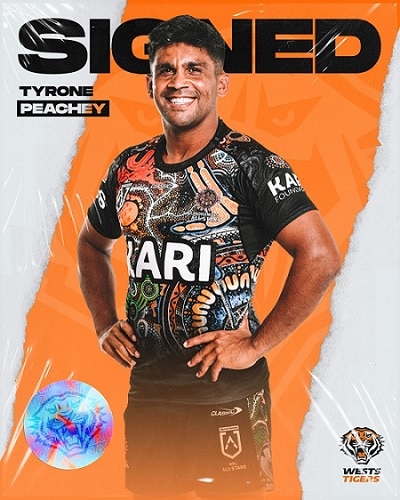 Starford To’a’s very recent move to the Tigers has added some depth to their wing and competition for the two spots in the side.

David Nofoaluma and Ken Maumalo will likely start the season in the two and five respectively but will be under pressure knowing that a young winger with NRL experience could take their spot at any time.

WHERE WILL ADAM DOUEIHI PLAY UPON HIS RETURN?

It was confirmed late last year that Tigers star five-eighth Adam Doueihi would miss the opening weeks of the 2022 NRL season after undergoing a knee reconstruction in August.

Doueihi was arguably the Tigers best player in 2021, playing in the six for the majority of the season, but also spending some time in the centres.

Jackson Hastings and Luke Brooks will start 2022 as the club’s halves pairing, with Doueihi expected to come into the side for Brooks when he returns.

However, a strong start to the year from Brooks could see Doueihi pushed out into the centres.

IS IT DO OR DIE FOR MICHAEL MAGUIRE?

Former premiership-winning coach Michael Maguire has been on thin ice with the Tigers faithful for the past couple of years due to the club’s consistent poor form.

The club has stuck by him to this point, but one must wonder if they will start to look elsewhere for a new head coach should the Tigers once again fail to make the top eight.

Maguire is currently under contract at the club until the end of 2023.

WILL THE “SUPER LEAGUE INVESTMENT” PAY OFF?

Over the past few years, we have seen the Tigers sign several star players who have gone on to underperform at the club resulting in a change in their recruitment strategy for 2022.

They have now looked to Super League for talent, signing two of the competition’s brightest stars from Wigan in Jackson Hastings and Oliver Gildart.

Both players are proven talents in the United Kingdom and their ability is undeniable, but they are yet to prove themselves in the NRL and maintain their form from Super League. 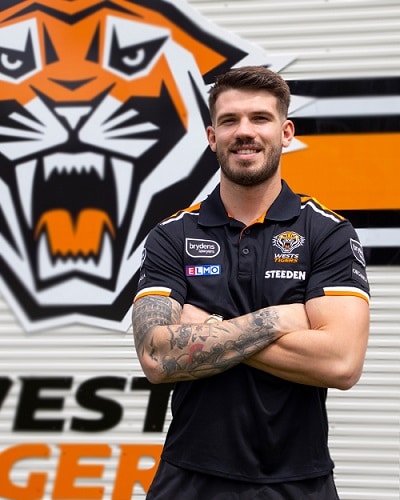 We have seen numerous players move from England to Australia in the past, with the success rate at around 50% overall, as many have succeeded to a great extent, while others just couldn’t find their feet in the NRL.

ROUND ONE PREDICTED LINEUP