There was good news earlier this week for fans of international rugby league when the Great Brtiain tour schedule was confirmed alongside the fixtures for the inaugural Oceania Cup.

The latter competition has come at just the right time, if you look at the wider context of the Pacific, and what has been happening in one of our main rival codes.

There has been some controversy in the world of rugby union, with their plans for an international ‘world league’ being seen as sidelining the Pacific Islands.

The details of World Rugby’s plans are really too boring to enumerate here, and they are beyond the scope of this article anyway.

But they key point is that they are basically relegating the Pacific Islands nations to bit-part players in the world of international rugby union.

The 15-man code wants Japan and the USA in its international world league, rather than the nations of the Pacific.

The assumption seems to be that the best Pacific players end up turning out for New Zealand, Australia, England, France or whoever anyway, so why bother with their own countries?

Thanks to this marginalisation, rugby league now has the perfect opportunity to market itself to Pacific communities.

If players want to play for their homeland or Islands heritage, it looks like league is going to be the best way to do that.

This could have all kinds of knock-on effects. We might see more Fijians and other Pacific Islanders converting to our game, for one thing.

Rugby league has a chance to become the code of the Pacific, the real rugby that welcomes Islanders and lets them express their talent fully.

Let’s face it, most Islanders play the type of football that fits much more naturally in league than union.

Just look at the way the Fijians dominate union’s sevens circuit. Those players are not interested in endless scrums and line-outs – they want to run the ball and make big hits.

Our game is perfect for the Islander mentality and culture, and we should really make a big effort to market ourselves to the region and its people.

Thankfully, the penny seems to have dropped with NRL clubs too.

Even the Australian government thinks it’s a good idea to establish league in the region, providing funding for a rugby league team in Fiji to compete in the NSWRL Intrust Super Premiership. 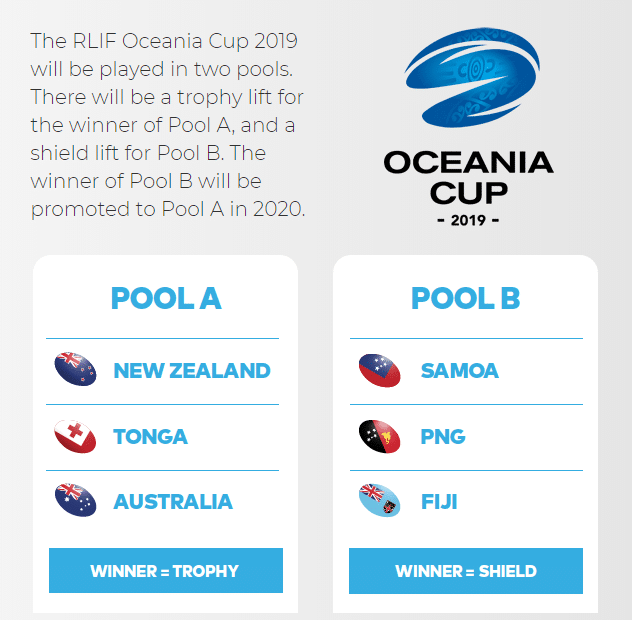 The Pacific Islands have even been mooted as a potential venue should an NRL club be relocated, though infrastructure issues would seem to preclude that right now.

If we can continue to develop a strong international game in the Pacific, league can become the first-choice sport for Islanders.

We have another advantage too, in that Papua New Guinea is part of the region, adding an extra string to our bow that union does not really have.

PNG is the only country in the world where our game is the national sport, and adds more strength and depth to the Pacific region.

It also has a strong professional domestic league, and the PNG Hunters play in the Queensland Cup.

Players from other island nations may well start to look to PNG as a place where they can develop league careers, while the country continues to produce its own talent too.

Tonga, Samoa, Fiji and PNG could make up an awesome quartet of countries over the next decade, if they continue to play every year in the Oceania Cup.

With league offering opportunities for players to properly represent their heritage and their nation, rather than being fobbed off by the 15-man code, we might well be on the cusp of something really important.

Let’s not miss out.