With the NRL financial year commencing on November 1, the Brisbane based Dolphins officially became a current NRL club. Having the competition at 17 teams is a sub-optimal number given it brings all the costs of an additional team with no extra game to take to the negotiating table come TV rights renewal time.

With this in mind, it’s a near certainty that an 18th NRL franchise will be named in the relatively short term. This article looks at the current state of the three front runners.

The NRL ethos on the future is to “stabilise, renovate and grow”. With a record amount of revenue flowing through the game in 2022, its safe the say the phase of stabilisation has been achieved. The addition of The Dolphins falls into the bracket of renovate, given they can’t be classed as geographical expansion. These two realities mean the 18th NRL franchise will need to be outside of existing catchments to fall into the final category of “grow”. With this in mind, it’s likely that the 18th team will come from one of the following areas:

In May this year, NRL CEO Andrew Abdo again backed a second NRL franchise in New Zealand. This isn’t the first time Abdo has expressed his desire to see a second team in the land of the long white cloud, meaning New Zealand are clear frontrunners to win the battle for the 18th NRL license. “There’s no doubt that New Zealand is an enormous market for us” Abdo told Fairfax journalist Roy Masters, before going on to state that “New Zealand is a critical component of our competition”.

These comments came one year after Abdo was even clearer about his vision for a second New Zealand NRL team. “An 18th team allows you to think about what we might want to do about expanding in New Zealand. Having two teams in New Zealand creates a tribalism and a new rivalry in New Zealand”, Abdo told NRL.com

One of the issues for any New Zealand bid is the lack of overt government support. Bids from Perth and Papua New Guinea both have the financial backing of their respective governments. The New Zealand government is rarely seen financially backing individual sporting clubs, particularly outside of Rugby Union. This contrasts with the NSW government who has invested more than $100m in centre of excellences’ for NRL clubs, not to mention close to $2 billion in stadium infrastructure. This has resulted in the NZ Warriors being one of the only clubs without a state-of-the-art centre of excellence. 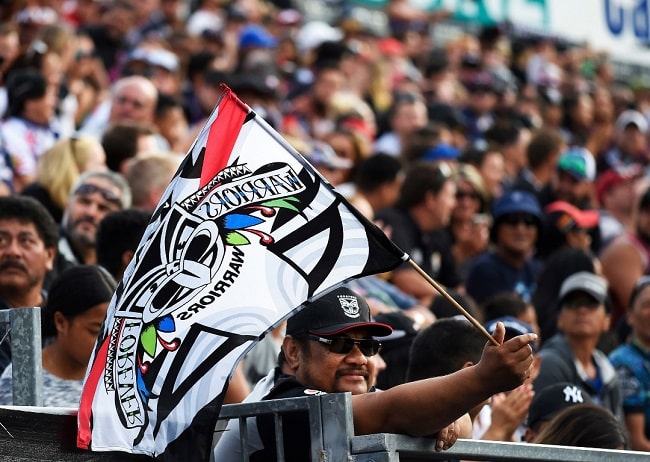 The addition of a second NZ team should result in further funding by the Australian Rugby League Commission (ARLC) for the sport in NZ. It no longer makes sense for the New Zealand Rugby League to consider itself a peer to the ARLC, especially given the high percentage of NRL stars who are now eligible to play for NZ.

The latest TV deal with Sky NZ saw an increase of 70% on the previous deal. This TV deal now generates over $30m per year for the NRL. It’s possible this could be increased further with the addition of a second NZ team.

During the week, Western Australia’s Premier Mark McGowan stated that his government will financially back a third-party bid for Perth to receive the 18th NRL licence. A working group has be established to help identify the most suitable bid to partner with.

Reports stated that “a cross-agency Government working group chaired by the Hon. Peter Tinley MLA has been established to help facilitate the development of a third-party bid and, where necessary, assist the bid through the potential bidding process”.

The Perth based Western Reds lasted two seasons in the ARL (1995-96) before rebranding to the Perth Reds for the 1997 Super League season, a season which ultimately became their final one in the top grade. Despite popular assumptions, the Reds were not as unsuccessful of an entity as commonly believed, but were more a victim of Super League era politics.

Debuting in front of a crowd of 24,392 at the WACA, the team won 50% of their games in their debut season and averaged 13,000 to each home game. Crowds dropped over the next two years however Rugby League was a lot more cut throat back then and vested interests contributed to the lack of foresight needed to keep the club afloat long term.

With 4,100 registered players, Perth has the largest active participation levels in Australia, outside of NSW and QLD. Adding an additional time slot to stage television games in, Perth has been a natural next stage of progression even since the demise of the Reds.

Perth now has a dedicated rectangular stadium, with HBF Park capable of holding 20,500 and providing a far superior spectator experience to the old WACA. In addition to this, the city of Perth now has a population just shy of 2 million people, almost 50% more than when the Reds first came into the competition. With the state government now on board, Perth are the biggest threat to a second NZ team claiming the 18th licence.

An NRL team in PNG would present the most logistical challenges for the NRL and also require the most vision. All said and done though, a PNG bid for the 18th NRL team has the support of both the Australian and PNG government.

In July this year, Australian Prime Minister Anthony Albanese spoke to the reality that rugby league was part of PNG’s national character. “If there’s something good that Australia has left as far as a lasting imprint in Papua New Guinea, rugby league is one of them,” he said.

The PNG bid is headed up by Wapu Sonk, who is also the managing director of Kumul Petroleum, the countries giant national oil and gas company. Sonk stated that the NRL bid was “for the people of PNG in making sure that we are the successful 18th team in the NRL when the licence becomes available in 2025″.

With the PNG Hunters already in the Queensland Cup, it’s evident that the talent is there to be competitive on the field if the right systems are put in place.

The PNG bid has its fair share of detractors. During the week, superstar Centre Justin Olam courted controversy when stated that he doesn’t think PNG is ready for an NRL team yet. Speaking after the PNG win against Wales at the Rugby League World Cup, Olam told the press conference that “we’re not ready to have an NRL team yet,” before going onto say “we still need to develop our pathways for younger generations. We only have the Digicel Cup competition and that is it…We don’t want to have a PNG team and have players come in from other countries and dominate our team.” 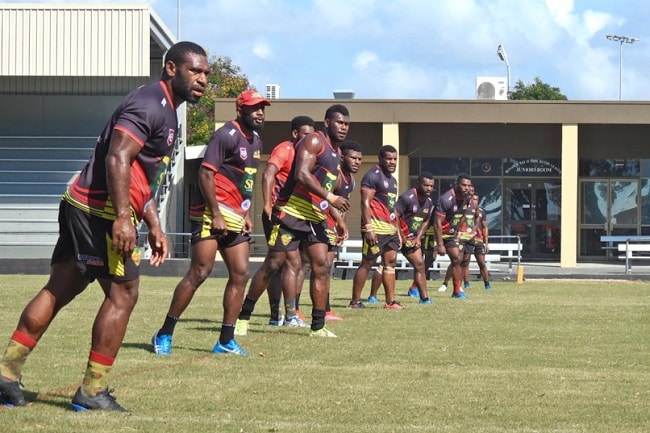 With TV broadcasting rights being the NRLs major source of revenue, PNG would need to illustrate that their bid would be capable of boosting the sports revenue. Infrastructure-wise, the National Football Stadium in Port Moresby is of NRL standard. Currently capable of holding 14,800, there is room to increase capacity to at least 20,000 if PNG were successful with their bid.

While a fifth Queensland side can’t be ruled out, most fans acknowledge that an 18th NRL team needs to be in an area to actually grow the game. The addition of the Dolphins has created inflationary pressure on current players’ salaries as the club has attempted to recruit from the same pool as other NRL clubs. A second NZ team or a PNG team would at least partially draw from new catchments, a very attractive proposition to the NRL’s pathways strategy. Long term, Perth would need a pathways structure to develop their own players to avoid a Melbourne Storm style failure to blood local NRL players.

The addition of new clubs is usually timed to coincide with the start of a new broadcasting deal. The current TV deal ends in 2027, with negotiations expected to commence as soon as mid next year. With geographical expansion expected, it’s crucial the NRL give the maximum amount of time for any new club to be successful from the outset.