During the NRL season Greek Rugby League World Cup squad member Nikos Bosmos tries to watch almost every match. He is a rugby league tragic who, apart from being glued to a screen watching the sport he loves, found time to prepare his body for a World Cup campaign.

That’s on top of the 12 hours a day he spends working at his popular restaurant in the middle of Rhodes with his three brothers.

“The Greek summer was very difficult as I didn’t have much time for training while working in the restaurant,” Bosmos explained to Everything Rugby League.

“Training was at 6am every morning and on the weekends I had extra sessions with (fellow World Cup squad member) Kostas Katsidonis and my coach Michalis Chatziioannou.

“Now my brothers are back in Rhodes working and I am here (at the World Cup),” Bosomos says with a sorry/not sorry laugh.

Bosmos (34) debuted for Greece against Malta in 2014 after he started playing rugby league in 2013 with a few years of rugby union prior to that. 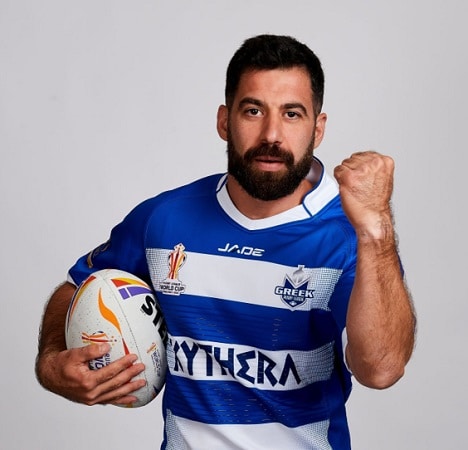 He has worn the Greek jersey ten times. Some of them alongside his younger brother Michael (31).

“It’s the best feeling I’ve ever had (playing with my brother) because it’s a combination of the national team and family.”

Along with the seven other Greek domestic players Bosmos was given a starting spot in the warm up match against Bradford Bulls making an early impact in the halves when he threaded a perfectly weighted grubber kick through for Aris Eagles and Woolston Rovers product Thodoris Nianiakas to pounce on the ball for a try.

“I have practiced this all summer! So next winter we’ll try more kicks in Greece. But this combination from Johny (Nake) who passed to me and the grubber kick to Thodoris is amazing.

“My last game was last December. We had a long trip from Athens to Manchester and then straight to Bradford. And after a few hours we had the game. The first minutes were very tough. I think after 20 minutes we made a comeback. We balanced the game. And I think it was a good game for Greece.”

Bosmos says whether he plays in a World Cup fixture or not he will savour every minute and take what he learned in camp back to Rhodes.

“First of all, I want to enjoy all this journey. From the first minute until the end. Of course I would like to play one game but it will be a good experience for me and the other domestic players to transfer everything to the boys in Greece to develop rugby league in our country.

“I first met Steve Georgallis and the Aussie boys eight years ago back in 2014. Since then I have learned a lot through training sessions and matches. I hope all the Greek domestic players can learn from the Aussie boys.”

Like everyone involved with rugby league in Greece, Bosmos is ecstatic that the years of struggle are over and the Government recognises rugby league with a federation formed.

“This is the most important development because now we can make a good bid to sponsors and play on proper fields. We can have academies and women’s teams to bring more people into rugby league to watch the game and learn about it.” 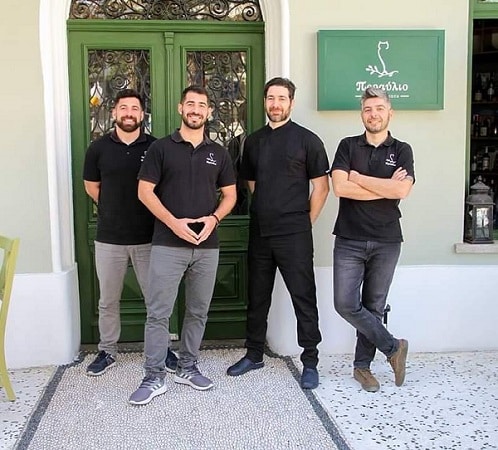 If you are wondering about the Bosmos brothers’ restaurant in Rhodes, it’s called Proavlio, serving traditional Mediterranean food. Nikos described last summer as the busiest on record since they opened in 2017. If you want to talk rugby league while you are there I’m sure he wouldn’t mind.