Rugby League need not be a matter of life and death

Photo by Robert making the tackle

*ERL first published this article in late 2017 heading into the off season. It was one of the most raw and honest articles we’ve posted

For 15 years I walked onto a rugby league field not caring whether I lived or died.

Unfortunately this article has already been rejected from one publisher because it was apparently too controversial and confronting.

They asked me to heavily edit the piece, which is fairly ironic; trying to censor a story about how censorship is actually detrimental to the long-term physical and mental health of our players.

In the face of the revelations below and the expected blowback, I want you to know I stand by what I’m about to say, regardless.

Should five per cent of people who read this be able to relate to my predicament in the opening sentence, then I am comfortable I’ve achieved my objective.

We are now in the midst of almost two solid months which bring the last game of the season for Australian rugby league players at all levels – from country and pub comps, right up to the elite level.

At age 39 I went around for my final trundle of the year last weekend, as did thousands of brothers and sisters who play this simultaneously blessed and godforsaken sport.

And after the fulltime hooter sounds…where do we go to next?

One of my former newspaper colleagues used to say to me the last game of the season “signifies the point at which the sports reporters hand footballers over to the crime reporters”.

Which is all well when said in jest, but it also neatly encapsulates the way it’s considered acceptable to dismiss certain people as commodities, as performing monkeys for us to either be entertained by or sit in judgment of.

I started out last week wanting to write a column that captured what it is like to be a rugby league player, something stirring, emotive and endearing.

It was going to be a romantic ode to the end of another season, as my sporting days slip ever so quickly away.

But the stories that jumped out as I sat down to type it up made me change my mind.

Rangi Chase, England’s halfback at the last World Cup, was suspended for cocaine use; a friend joked to me about misery at the Bulldogs and their looming early finish to 2017; a stranger posted a tasteless meme about the late and great Peter Jackson; a friend and teammate from my teens continued a downward spiral into alcoholism and hopelessness while I sat by and did nothing.

Prior to this, a few weeks ago, I also dug out what was one of my favourite stories – about Manu Vatuvei risking serious injury playing against Australia at Old Trafford and telling me afterwards: “I was willing to die out there today”.

I went searching for that article because of what I remembered as a bravery that could only be admired, possibly forming the basis for a fitting tribute to Vatuvei as he finished up his time in the
NRL.

But as it sat with me and I considered it deeper, I completely turned off from the idea of deifying the mindset of acceptable self-destruction.

My coach, teammate and fellow league commentator Adam Wright has a saying that has started to ring true for me in a lot of different ways.

He often says: “We’re a special breed of people, rugby league players. Not many people are prepared to do what we do on the field, or understand why we do it.”

Although this monologue is usually tinged with bravado, underneath it are some pretty poignant observations about the isolation, senselessness and mental health issues that simmer beneath the surface.

When I say there was a thankfully now-passed period of my life – from my early teens to mid-to-late 20s – where I didn’t care whether I lived or died, I don’t for one second doubt that there were guys alongside me who felt the same.

And here’s the kicker…I was only ever paid to play rugby league (a very meagre amount at that) for 18 months of the 30 years I’ve now played the sport. 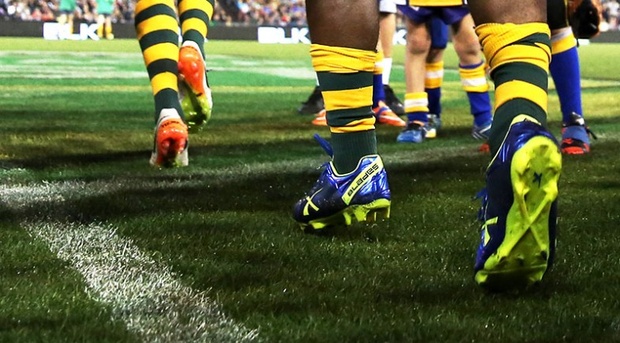 In essence, I was willing to die for nothing.

You know why that is? It’s because, for that exact same period of my life, it was my approach to everything outside of football as well.

I was suicidal, no way of denying that fact.

It wasn’t rugby league’s fault. Rugby league was just a place for me to gather, an arena where that could be expressed.

Contact sports are attractive to anyone in that frame of mind because they are easier to approach when self-harm is not a great concern, and where anger and confusion can manifest themselves as useful attributes.

This is particularly the case when that sport just happens to be one of the most popular and revered pastimes in the place where you live, a low-cost physical therapy that helps you build networks and an otherwise lacking sense of purpose and identity.

I’ve written stories before that are much too long to adequately reference here about how and why rugby league is linked to suicide, abuse, violence, drugs and drinking.

But I think where this all goes skewiff in mainstream reporting is that rugby league is painted as the cause of these ills, not an avenue to escape from them.

No it doesn’t. The flesh and bones people that play it do.

I had a problem. It was not the sport’s problem and, if anything, rugby league pulled me out of it.

My job these days is at The University of Queensland, where I’m lucky to work alongside some of the foremost minds in fields like psychology, social work, brain research and substance abuse.

It’s enlightened and educated me about the very real statistics, contributing factors and expert observations out there.

I guess why I feel obliged to write this story today is because, ahead of several Silly Sundays and a long offseason, I want to say just one thing to all my younger teammates, opponents or even complete strangers who play the same sport and are attracted to risk-taking behaviour:

It’s important that understanding is not the same as condoning those actions, but I want to also provide a stark opposition to the out-and-out condemnation and piety that usually happen in the comments section of these articles.

To me, the first question about Rangi Chase should have been: “Where is his mental health at?”

You don’t ingest an unregulated substance unless at least a very tiny part of you is prepared to die.

It’s a risk you are willing to take if you commit to the act.

Certainly the odds are in your favour that you’ll live, but you never know for sure.

Who knows what lays behind Rangi’s motivation on this occasion? It could be something deeply traumatising or it could be as simple as him wanting to enjoy life more.

I’m not saying that’s a get-out clause for punishment, but both of those scenarios warrant further investigation and understanding, not only for Rangi’s wellbeing, but for us as a wider society.

What is it about normal life that makes it so burdensome?

I don’t wish to glorify drugs here, but after being a stern opponent in my youth, the first time I tried something illegal was in my mid 20s – oddly enough around the same time I stopped being suicidal.

Years of counselling failed to achieve anything. The best intentions of family and friends still left me feeling pent up, unable to communicate what I truly felt.

I tried ecstasy at a music festival (no rugby league influence at all) and suddenly the walls dropped and I was able to tell one of my closest mates exactly what needed to be said, dark secrets and all.

The weight that was lifted was immense and transformative.

That’s not to say I became a prolific drug user or that I still imbibe.

In fact, I hasten to add that first experience almost saw me dehydrate pretty badly, standing around in the Queensland summer sun like a clueless moron, but luckily someone came along who recognised the signs, didn’t judge me and looked out for me.

I really feel these types of stories need to be told so we have some honest dialogue about drugs, mental health and young people.

Saying drugs are 100 per cent bad, unrelatable and inexcusable is incredibly naïve, dishonest and unhelpful. It digs a further divide and results in more secretive and dangerous behaviour.

There’s two sides to every discussion.

Yeah there’s addiction and psychosis. Some of these drugs have also been prescribed through history to treat a range of afflictions, or are incredibly similar to those which still are.

There are actual reasons why people use them aside from blatant disregard of society’s rules. Even a chemist friend wrote to me when she learned of this story to wonder aloud if it’s a form of self-diagnosis and self-medication.

And let’s face it…I know a heap of journalists who’ve dabbled. Indeed there was one who wrote a front-page story about a major rugby league drug scandal who himself overdosed so badly on fantasy (GHB) an ambulance took him to hospital.

What’s more, we all know dozens more people who send their life down the drain with booze, and endorse it by displaying many of those same brands on our jerseys, sideline fences and TV screens.

For me, drugs should never be used in combination with a sporting pursuit in which they can offer performance enhancement, and while they are unregulated they remain dangerous and illegal.

But yeah I do understand why some people try them, without wanting to be seen as explicitly encouraging them either.

There’s a much, much bigger and deeper conversation to be had another day about our modern laws, economy, employment, expectations and values system.

The same institutions which clamp down on people prone to substance dependency are the same systems which prompt mental health issues that drive its occurrence.

It’s a mire of hypocrisy that I doubt can ever be negotiated simply for outcomes that make people both happy and healthy.

Where I wanted to finish today was to say I’m glad Rangi Chase and all other players suspended for drug use are still alive and with us; I’m genuinely hopeful Bulldogs players and all other players around the country who miss the finals do not lose their sense of self-worth; I’m incredibly sad anyone could think Peter Jackson’s tragic downfall is fit for attempted humour and not worth even a shred of empathy.

If you’re a young pup who can’t make sense of the world, got some demons to put to rest, intend on cutting loose at the end of the season in some risky behaviour, or you don’t know what to do with yourself at season’s end – don’t be afraid to grab the old warhorse in the corner and chew off his or her ear to ease your burden.

We’re special people, rugby league people. And we will listen, understand and look out for you.