The leading try-scorer in Sydney rugby union, Christian Yassmin, is set to play for Lebanon in Wednesday night’s international against Malta in a bid to fulfil his dream of representing the Cedars at the end of season World Cup.

Yassmin played junior representative teams for Wests Magpies and Wests Tigers before switching codes and he is one of the stars of the Shute Shield competition after scoring 11 tries in 10 matches this season for Randwick.

Cedars coach Michael Cheika, the former Wallabies mentor who also has charge of the Argentina rugby union team, will keep a close eye on the performance of 26-year-old Yassmin, who previously played for Lebanon in 2017 but missed World Cup selection on that occasion.

“He is going to be in one of our most competitive positions on the wing. We have got a lot of good candidates there but I like his game in rugby so I will be interested to see how he goes,” Cheika said.

“He has experience with the game, I think he played up to SG Ball level in league but this will be a new thing for him.” 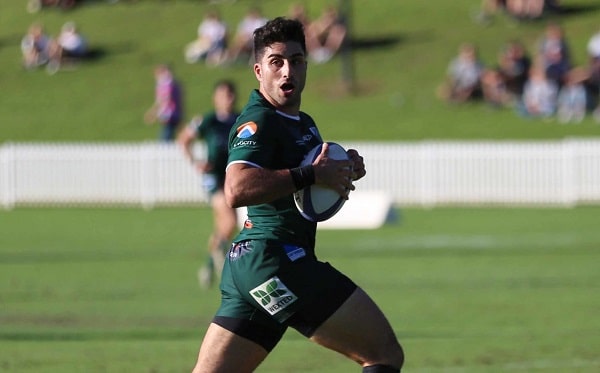 Cheika will watch the Test from Argentina after flight cancellations forced him to hand over the reins for the Elias-Fenech Shield clash with Malta to his coaching team of Matt King, Jake Friend, Robbie Farah and Michael Habib.

The former Wallabies coach has been in Sydney preparing the team and with Los Pumas playing Scotland on July 2 he had been planning to return to Argentina after the Test at Belmore Sports Ground but he now has to fly out before kick-off.

King is Trent Robinson’s longest serving assistant at Sydney Roosters, where Cheika enjoyed his first taste of rugby league coaching in 2020 in a code switch that convinced him to take on the Cedars job for the end-of-season World Cup.

Friend was the Roosters co-captain and has now joined the club’s coaching staff after being forced into retirement last season, while Farah and Habib are former Lebanon internationals also now involved with coaching.

Farah, who first played for Lebanon at the 2000 World Cup and returned to captain the team at the 2017 tournament, is on the staff at Wests Tigers, while Habib has been involved in the Cedars’ pathways programs for several years.

With NRL stars Mitchell Moses, Adam Doueihi, Alex Twal, Josh Mansour and Jacob Kiraz not playing against the Jarrod Sammut-led Malta Knights, the Test will be an opportunity to assess some of the emerging talent available to Lebanon ahead of the World Cup. 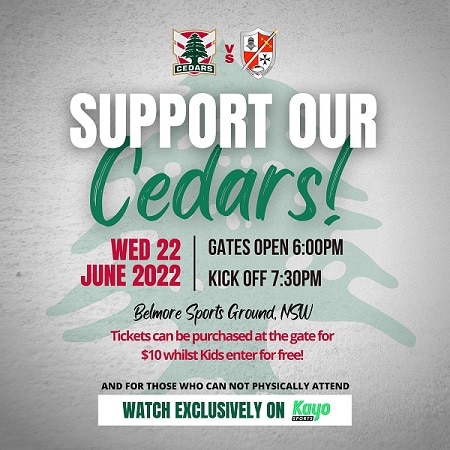 Both nations have named their 19-man squads for the clash, with Cheika picking nine potential debutants, including Canterbury’s Danny Ghantos and Penrith Panther Hanna El Nachar. He will have the experienced Robinson brothers, Reece and Travis, at his disposal.

“Wednesdays Test match will be a great opportunity for some of our World Cup aspirants to showcase their skills,” said Cheika.

“We will keep it simple and focus on how we blend together as a team and clearly show what’s important to us so we can connect with our Lebanese fans across the world, and how we play the game in their jersey.”

Malta, who defeated Montenegro at home last time out, will again have Jarrod Sammut in their ranks, having flown in from English Championship side Barrow.

Malta head coach, Aaron McDonald, noted: “Tyler Cassel epitomises everything that a captain should before us, a natural leader who’s always in the thick of the action, he will wear the armband.

“I’m very pleased with the Malta players that are in contention and I’m confident we’ll give Lebanon the tough pre-World Cup warm-up that Michael is after.”

Flight cancellations have forced Lebanon coach Michael Cheika to hand over the coaching reins on Wednesday night to some big names. 🇱🇧

The teams will play for the Elias-Fenech Shield after the ending of a long-standing playing feud for the benefit of international rugby league.

Rival hookers Ben Elias and Mario Fenech had some feisty battles, culminating in a notorious semi final clash at the Sydney Cricket Ground in 1986, when Balmain’s Elias contrived to get South Sydney’s Fenech sent off for an alleged – but ultimately self-inflicted – bite.

“I have the utmost respect for Mario, he has a big Maltese family, I come from a big Lebanese family,” said Elias, who met up again with Fenech in the lead up to the game.

“When I was asked to be involved, I said ‘of course, it would be an honour.’ I know he feels the same, we have swapped punches for hugs.”