As Super League debuts go, it’s hard to recall many that have been more memorable.

Ryan Hall’s first time in a Leeds senior shirt came at the inaugural Magic Weekend in Cardiff, as a substitute in the Rhinos’ unforgettable last-gasp win over local rivals Bradford, sealed by Jordan Tansey’s try from an offside position.

“Everyone remembers their debut in some capacity but that was quite the event all round,” Hall explained.

“It was the first ever Magic against a good Bradford team, a big derby, and the way we won it was quite controversial.

“I was five yards behind Jordan so I was definitely onside, although I don’t reckon I’d have got to it first if he didn’t. That’s all I’m saying about that!

“Before you make your debut you’re quite often 18th man a few times, and in my head I’d set the record for the most number of times, it seemed to be every week.

“But there was an injury to Ryan Bailey and although it wasn’t exactly like-for-like, Tony Smith was coach at the time and he thought I could come on and do a good job.”

Fast forward 15 years and Hall and Smith are working together again, now with a Hull KR side looking to replicate last season’s run to the Betfred Super League Play-Offs. 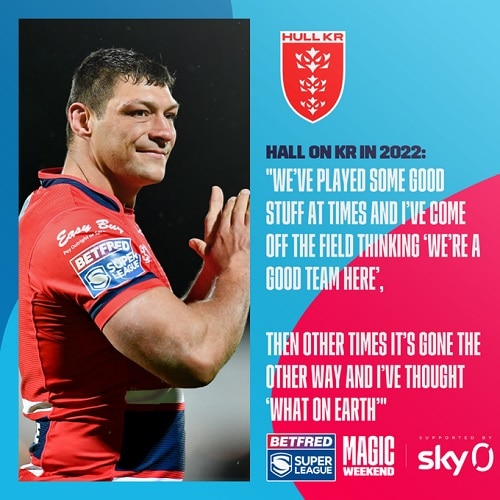 “We’ve been up and down so far – I’d give us a C+ if I was giving it a grade,” was Hall’s assessment of their campaign to date.

“We’ve played some good stuff at times and I’ve come off the field thinking ‘we’re a good team here’, then other times it’s gone the other way and I’ve thought ‘what on earth’.

“It’s been hard to judge what we’re going to come up with.

“That’s similar to last year at times, but we’re trying to get out of that and become a more consistent team.

“That’s how the good teams emerge at the end of the year – the longer you stick to that consistency, the more rhythm you get.”

Standing in front of that aim is another big Magic Weekend derby for Hall, this time against their city rivals Hull FC, although he is battling to overcome a rib complaint ahead of the match.

“To me, it’s another game, I’m not a Hull native that’s grown up with red and white or black and white,” Hall added.

“But it’s a game of rugby I want to win, and there’s two points in the league at stake. 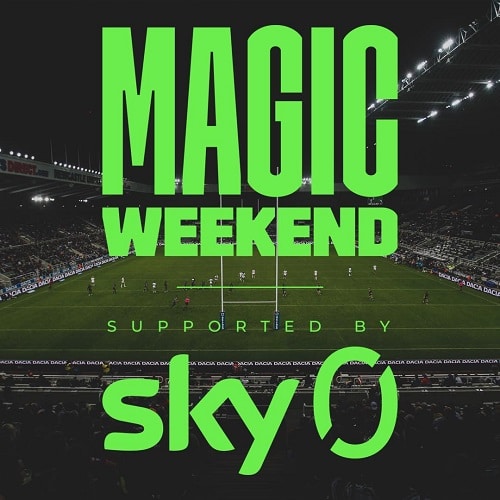 “It’s good that derby matches are back at Magic, that’s how it started and I think it works well.

“It will be great to see fans from both sides of the river all around the stadium.

“The weekend showcases what a good sport we are and what we’re able to do, it’s something we should pride ourselves on because not all sports could do it.

“I’m glad that we’ve got that reputation and we’re all looking forward to it.”

The vastly experienced New Zealand international has been a model of commitment and consistency since landing in Hull for the start of the 2020 season.

The 34-year-old has become a genuine leader for Tony Smith’s side, which is unsurprising for somebody with NRL titles and Four Nations triumphs on his CV.

He has also continued to be a genuine strike threat on the edges for the Robins, helping make him a firm favourite with supporters.

One to Watch – Frankie Halton

The former Swinton and Featherstone forward has been the latest Betfred Championship product to make an impact when stepping up to the top flight.

The Ireland international has been one of Hull KR’s stand-out forwards when on the field this year, although he has had to battle against a couple of injuries in that time too.

Halton’s direct ball carrying and solid defence have been just two features of an all-round game that looks well suited to life at the top table.