Sam and Sia to make a positive impact in the region

Queanbeyan Roos Captain-Coach Sam Williams revealed it wasn’t too difficult to coax his good friend and former Canberra teammate Sia Soliola from retirement after 12 months out of the game.

“We are good mates, myself and Sia and regularly in touch,” Williams told Everything Rugby League.

The big thing with Sia was that he saw the enjoyment that I was getting playing (with Queanbeyan Roos) and the benefits of being involved with team sport. There’s the healthy aspect of being part of a rugby league team again. So I think he probably saw a little bit of that. I never went out of my way to try and convince him. I just sort of explained to him some of the positive aspects of playing footy for fun again.”

Williams reveals there are two main reasons as to why the former NRL players are going back to the community to play rugby league.

“I think we can have a really positive impact on a lot of people around this region, rugby league people and the wider community so that was certainly one of the added advantages.

“You’re seeing these people and you’re associating with these people day in and day out to try and help them and the club. So that was a big one.

It gives me an opportunity to not only try and make some players better, but try and get the community and the wider region behind the club.” 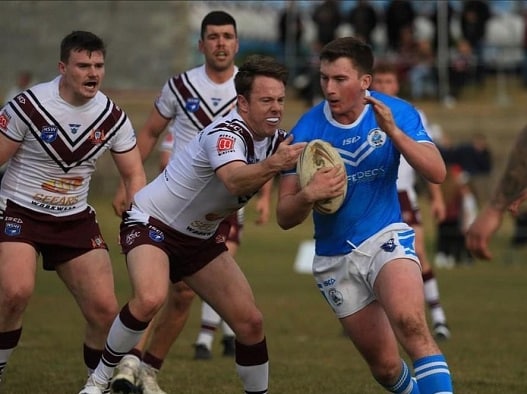 Wiliams (107 NRL matches) and Soliola (229 NRL matches) will bring plenty of high performance experience to the Roos but the halfback explains there needs to be a balanced approach when coaching players at this level.

“I think that there’s a fine line between trying to make them as professional as possible. We’ve got to remember everyone in this club is working full time jobs and they’ve got lives outside of rugby league. It’s really important that they come and enjoy it.

“I’ll certainly put some things in place that hopefully raise professionalism a little bit. But you know, we get them enjoying it and I think the actions of myself and Sia and the way we conduct ourselves, hopefully rubs off a bit on some of the other players as well.

“It’s my job to try and coach the players and the things that I’ve learned over my time in the professional environment,” Williams who joined the Queanbeyan Roos mid last season said.

After growing up in Cooma in NSW he believes there is more to his role than just winning a premiership after the club missed out on the finals last season.

“Particularly in the country areas there’s more to it than just winning and losing and it’s good people. A really big focus of mine is making sure that we’ve got the right people. It’s not just about having someone just purely because they’ve played NRL and are really good at football. It’s really important we have the right people within the club.

“I’d like to think that we’re in a position as a club that people want to come and play for us for the right reasons. And that to me is enjoying your football and learning and getting better and trying to push yourself. And I think it’s lost sometimes within certain people within community sport at times.”

The former Raider spends his time away from coaching working for Racing and Sports in Canberra and looking after his young child, however a full time coaching career is an option down the track. 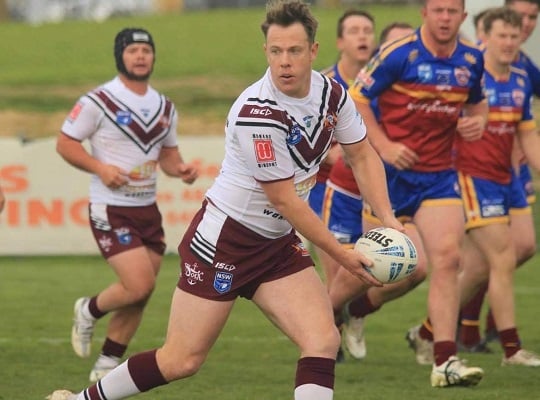 “I’d love to get into the coaching system, but the way I do it and the journey I take might be a little bit different from some other players who come out of a full time system.

“I’m lucky that my body is still in a position where I can continue to play and continue to make a difference on the field. I still love the competitive nature of playing but I like to think that I can offer a bit as a coach. I guess as a player I was never the fastest or the strongest player out there on the field so I had a little bit of football brain about me.

“I’ve been very lucky to work under some really good coaches at the elite level. The big challenge is how you bring the club together and you make players better individually and then bring a side together to be successful.

“The coaching journey is something I’d love to be part of going forward and how that journey looks I guess time will tell.”