Serbia and Turkey Women set for Euro B South clash

The final match in the women’s Euro B South competition takes place tomorrow, Saturday, when Serbia host Turkey at the at the FC BASK Arena in Beograd (kick off 3 pm local time).

The match will be the first time the Turkish women have travelled abroad to play as they contest the newly inaugurated Sokollu Mehmed Pasha Cup, named after a notable figure of the Ottoman Empire.

Dragan Pavlović, SRLF competition’s director, noted: “We have been preparing a lot for this first game at home to Turkey. The winner of our group is already known in Greece but I expect an interesting game. Serbia and Turkey have a special bond and women’s rugby league gives us a greater opportunity to strengthen those ties.”

Turkey women’s head coach, Oytun Colok, said: “We are looking forward to an historic event, the first time ever a Turkish women’s rugby league team will be playing aboard. The girls are excited to be part of this wonderful occasion.” 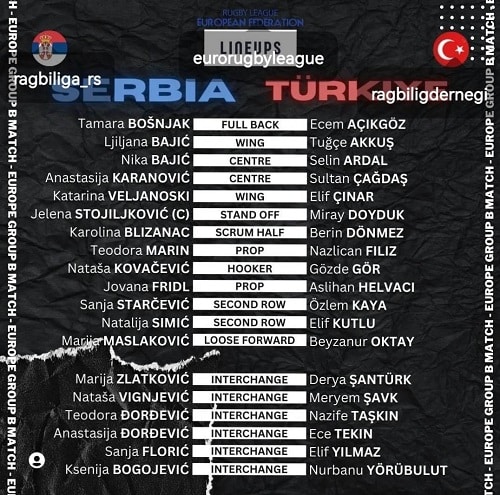